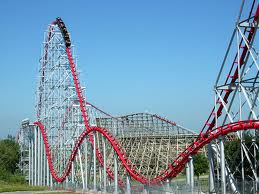 Pay attention to overseas. It is like fashion. Human nature is global. What you see there, eventually makes its way everywhere. Revolution in Greece is brewing. There has been a collapse in the rule of law on a broad basis. So while Brussels likes to play with the numbers to pretend that Southern Europe is richer than the North and academics create bogus studies to justify austerity, the prospects of seizing assets in Southern Europe to pay for banks that lost on GOVERNMENT DEBT is not a plausible action!!! Not only has Brussels forgotten the promises of all the benefits of creating the Euro and there would NEVER be any defaults, nothing but barter, murder, suicide, disease are all soaring under Greek austerity. It was not a fair trade sovereignty for the Euro, pestilence, disease, chaos, and loss of sovereignty.

This is real face of DEFLATION. It is far worse than INFLATION. There you pay when you get off the ride. Under DEFLATION you pay before the ride is over. Just how much pain and suffering is enough before everything just pops? Is a Mad Max outcome even possible?

In Argentina, there was over a million protesting in the city alone. The seizure of all pensions there is what has give Europe and Obama hope for a new ides.