Return of the Typewriter – Thanks to the NSA 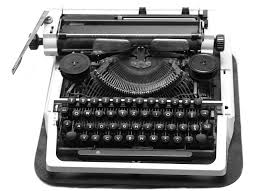 The Obama Administration is literally tearing the world apart. The support of the NSA has been the most devastating aspect that threatens the fall of the United States in the long-term precisely as the Athenian Empire collapsed. It was the arrogance of Athens toward its allies that turned it into the most hated political entity despite the shift to Democracy. Thucydides paints a picture of the Athenian arrogance that converted its image into the great evil empire.

What the NSA is doing has been forcing a return to hand written letters and notes among other things such as the abandonment of computers. The NSA investigation committee of the German Parliament known as the Bundestag is now considering the abandonment of computers replacing them with a mechanical typewriter. The politicians hope not to be intercepted in this way by the Americans.