Republicans Tipped to Take Senate – Setting the Stage for 2016? 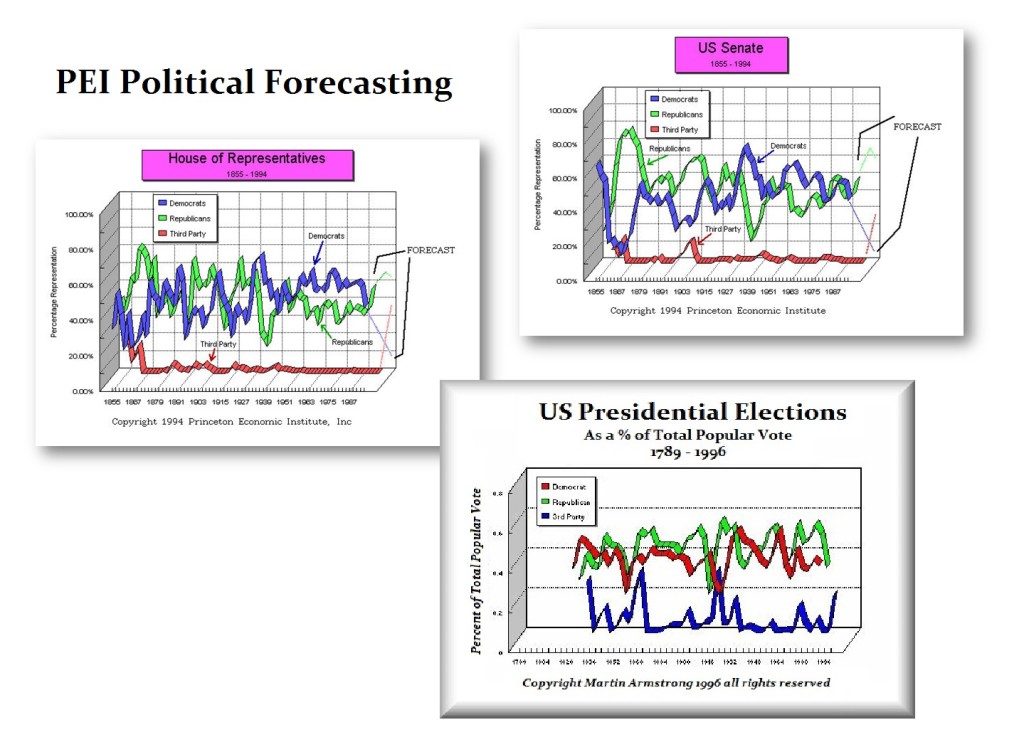 The various press organizations are now giving a 70% chance that the Republicans will take the Senate. There is a serious deficiency in competence within government everywhere. It appears that the corruption and politics have driven anyone with substance from the field. Who wants to go through all this crazy personal focus if you really are competent? The people who seem to gravitate to politics are those needing attention to verify that they exist. This is a sad state of affairs and it is having the most dramatic impact upon our lives. It is hard to say who is collectively more stupid – politicians or the public who vote for someone really expecting anything to change for the better?

Everything one hears about Obama behind the curtain is so derogatory, he was just Bush Jr in spades. The key Bush players remained in place when Obama took charge and that was very strange. That was the first sign that we may have another man as the head of state whose brain was on vacation. The hopelessly biased press like the Ed Show actually tried to defend Obama’s record-setting golf playing and that he did not even attend 60% of his daily briefings. Ed tried to claim other Presidents had played more golf. The issue was never has Obama been doing a GOOD job, it was a comparison to the worst of the worst trying to show he was not that bad. Pretty pathetic to say the least.

Obama is killing the Democratic hopes, and just maybe the dirt on Hillary will surface. She is alleged to be a Lesbian who stays in the closet. When she first took office really running the White House, the Secret Service routinely patrolled the second floor. An agent walked in on Hillary and another woman. Hillary picked up an ashtray and threw it at the agent striking him in the head. When I was first told this story within weeks of them taking office, I said come on – is this what we have to listen to for 4 years? Then the Wall Street Journal published a tiny article saying that the Secret Service was banned from patrolling the second floor because one was inadvertently injured in the head. That was published with the watered-down version to confirm to all of us who knew the allegation behind the curtain was real.

When the economy turns down hard from 2015.75, there will be one year before the 2016 elections. That will be plenty of time to get politics ready to rock and roll. We may just see at last someone willing to step forward to clean house. They will have to start with the bureaucracy who has been the real president going on 16 years running now.