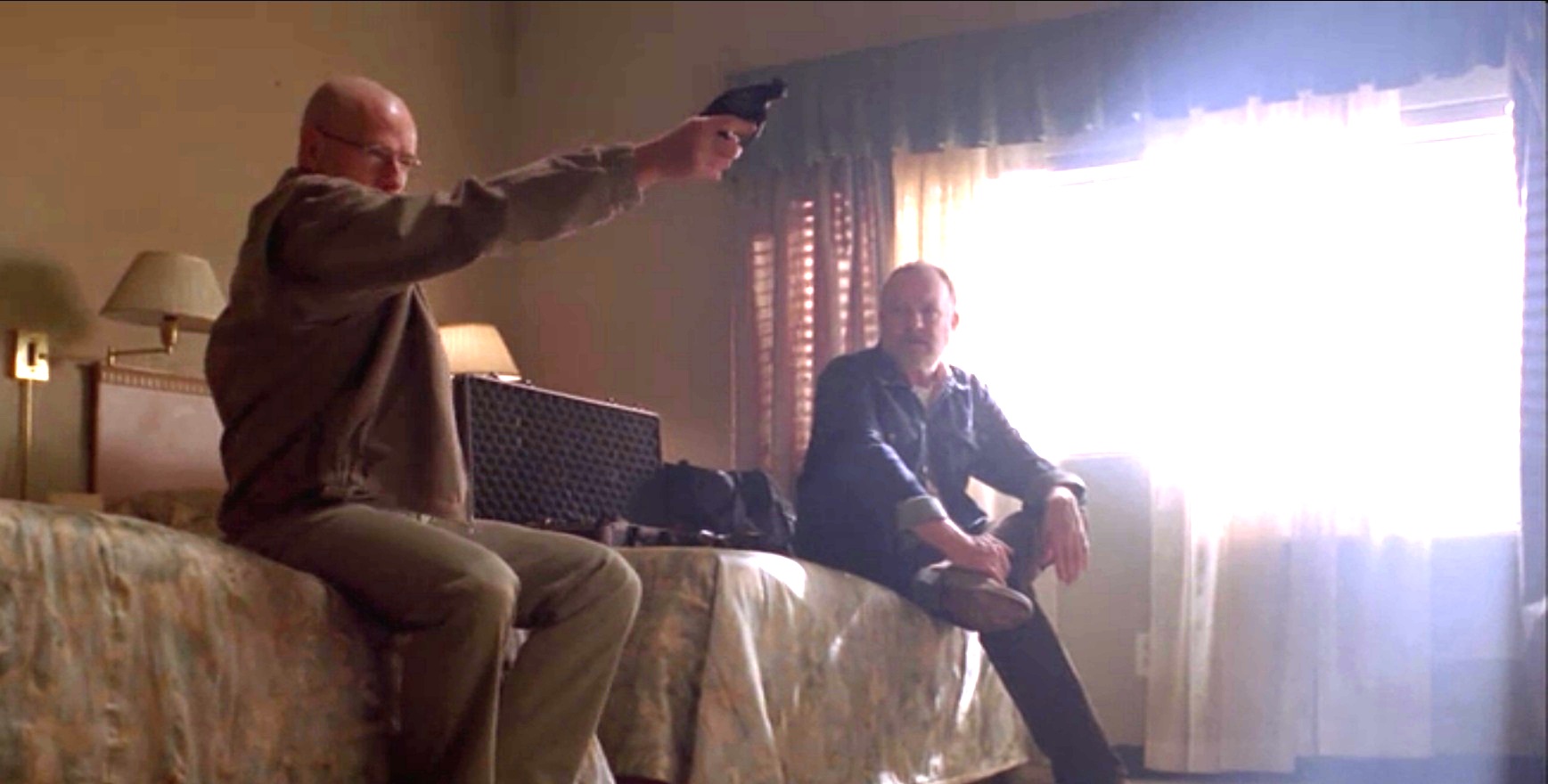 “To help back up your point on gun controls and access to black market arms.

The image attached is a scene from ‘Breaking Bad’ when Walt, a Methamphetamine cook, buys a Thirty-Eight Snub Nose gun, with the serial number filed off, from an underground dealer.”

Obama’s laws will do absolutely nothing against guns and violence. The black market is tracked globally with an AK47 going in California for just $400. No license, no background check, nothing.

Black market guns are widely available. Even Wikipedia reports that.

Ideas of buying guns from the public have been scrapped as way too expensive. If a state did that and NY paid $500 for an AK47, people would start buying in California and selling to NY State.

Back in 2000 a London newspaper reported that black market Berretta submachine guns (not simply semi autos) were available on British streets for $320 U.S. dollars! That same firearm, legally purchased with a Class III permit, would have cost you thousands of dollars. And that’s if you could even obtain the gun under prior law (no post 1986 machine guns). This is a worldwide problem because drugs make it profitable.

If you really want to stop the violence, you have to eliminate the illegal use and that is drugs. Fine, make it a crime to sell drugs to minors as they do with liquor   Prohibition cost countless lives. We now can have a drink when we go to dinner. Drugs have far surpassed that. The girl just killed in a crossfire is nothing new. Countless children are being killed in crossfires between rival drug gangs.

Over 50,000 died fighting Communism in Vietnam. We lost, ran with a tail between our legs, and Communism fell of its own accord. Making drugs illegal does not stop people from using them and it may encourage some to try just to show they are “tough”. You cannot outlaw any vice – the best you can do is regulate it. Raise taxes to insane levels as they have on cigarettes, and you create black markets. Refuse to approve drugs that work in other countries, and you create a black market.

The fashion craze that began with young black males wearing their pants down showing part of their ass was inspired by guns. If you were “tough” you were “carrying”, and thus it pulled your pants down. SO the fashion became wearing the pants down to show you were tough even when you had no gun.

Laws are nice, but they only are followed by those who conform. So this idea you can pass a law and change society on any subject is nuts. The Romans tried an indirect law saying you could not pay a prostitute with a coin that had the image of the emperor when they all did. Clever – Yes! But the free market is always more clever. They created tokens that you bought, the prostitute would accept, and she latter redeemed them. All perfectly legal.

In most states in New England it is still a crime for adultery – it is just not prosecuted. They could lock up most of the youth for having sex out of wedlock. Guess that one didn’t work either.

The entire system is just corrupt. The whole system is crumbling. Local judges are often for sale. Here is a report on a probe into fixing tickets.

Now nine judges have been criminally charged for bribery.

Police after seizing guns, have been reselling them! When people questioned what is going on the state says they need the money!

What Obama is doing is for an entirely different reason than what is being stated and he has enlisted the mainstream press to twist the truth creating the image that his laws will stop the violence. They will only stop the honest people from defending themselves. The criminals will not be effected and the police are likely to be selling them to the criminals. Children will still die in crossfires.

« Manipulating the Public
Yes it is True »