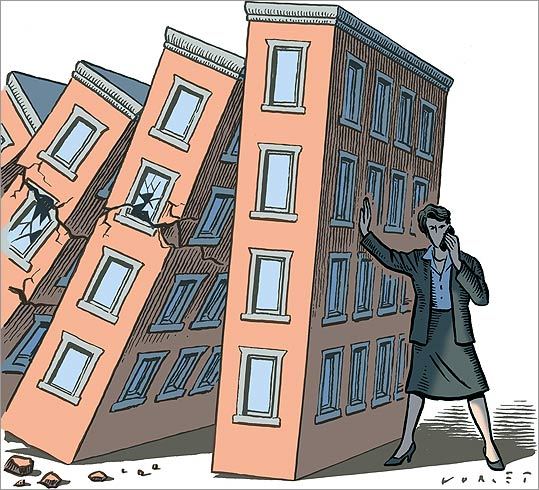 Locking in a mortgage at these low rates makes send for it will be a hedge against the real estate. The 15 year mortgage is more practical in that it saves interest costs. The 30 year was a Great Depression invention to try to support the real estate market by allowing people to buy on a highly leveraged basis.

The purpose of the mortgage at this time is purely as a hedge. You should be able to make far more on that money even in stocks long-term. The downside of real estate is that this asset class is not movable. Hence, it can be taxed into worthlessness. The greatest risk we have is that government raise taxes to insanity as municipals go bankrupt. They will raise taxes looking only at the instant need and not at the long-term consequences of their greed. The mortgage will allow you to walk away if need be in times of chaos. 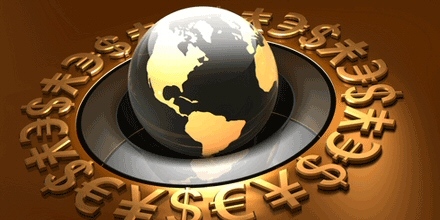 Keep in mind that what we face is a revision of the monetary system. There will be a swap to a new electronic currency acting as the reserve between currencies. Hopefully, we will eliminate the ability of governments to borrow. But if that is not enacted, then debts would still exist in their domestic economy. If they tried to actually create a one-world currency with individual debts denominated in such a currency, that would blow up just like the Euro. So either you have an international reserve currency so no one nation has that dominant impact with individual currencies, or you have total chaos if there was just one-currency without abandoning debt.

Paper currency will be eliminated and we are headed into purely electronic money. This will be the BITCOIN without the BITCOIN. That is a basic model, which is why they have not shut it down allowing it to survive purely to monitor its performance. Of course those who have used BITCOIN will wake up with a shock when the IRS will hit them for taxes, penalties, and interest on past transactions. They think they have an alternative. That is just silly. The Feds have demanded all data from Ebay and PayPal so that if you sell junk from your garbage on line, they get their piece of the transaction. So you really think they will let Bitcoin escape? They are hunting money EVERYWHERE!

Nevertheless, moving to an electronic currency has far more changes than meets the eye. You will also be in a position to eliminate the banks in exchange transactions. The “ledger” will have to be at a central location and that will be the central bank. We may see an instantaneous clearing system that would actually eliminate exchange fees as well. If the “reserve” currency is international, then any exchange would have to be structured between the “ledger” keeper and the intermediary “reserve” ledger among nations. Individual banks should lose access to the FX markets in the process for exchange purposes. However, there will still need to be futures markets for hedging. Thus, the banks will be reduced to traders if we do not resurrect Glass-Steagall.

So the 15 year mortgage should be the minimum. The future is highly fluid. We do know that the current monetary system will collapse. The way that historically unfolds is risky for it has always been preceded by rising wild volatility. This is why we are trying to get Socrates up and online ASAP. We cannot survive such a period based upon human opinion alone. That is just not rational to expect any individual to have a reliable opinion when he has not experience such an event. We need global monitoring to survive what lies ahead on an instantaneous basis.