Quantity Theory of Money is Being Scrapped 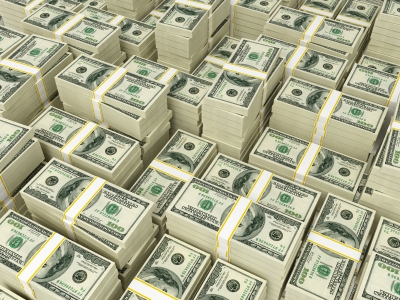 The Quantity Theory of Money that an increase in supply should result in a decrease in its purchasing power (inflation) is being seriously questioned behind the curtain. The simplistic idea is starting to be exposed as an ancient myth. It is interesting how many phone calls are coming in from around the world as people are now asking just what the hell is going on?

Even in Britain, the inflation rate is close to zero, according to official figures, which is seriously intensifying the debate on interest rates and putting the economy on track for its first spell of deflation in more than 50 years.

In Denmark, take out a loan and the bank will pay you for the privilege. Local media have examples of entrepreneurs calling up their lenders and insisting there is a mistake on their statement for the bank is paying them for borrowing money. Welcome to the world of negative interest rates. This is a world in which banks don’t want your money.

This new world is creating bizarre behavior and we are getting more inquiries asking just what the hell is going on here? How can the theory of money fail? Economists and bankers are struggling to explain what it all means and where this will end.

The Fed increased the money supply by QE1-3, but inflation has not soared, commodities (including gold collapsed) everyone swears the stock market will crash any second now, yet nobody seems to ask even if that happens, what will develop with interest rates? A flight to quality today from these levels would mean exactly what? Negative 5% rates?

Central banks have been desperate to revive flagging economies by slashing interest rates to record lows, and pumping out hundreds of billions of currency to trillions trying to follow the Quantity Theory of Money on a daring quest with with what everyone calls quantitative easing.

Deflation is starting to hit Britain now ans with the bank rate is 0.5%, Andy Haldane, the Bank of England’s chief economist, warned last week that it might have to go even lower. The European Central Bank’s deposit rate (the rate it gives commercial banks for leaving money in its vaults) is negative, at -0.2%. In Denmark, it’s -0.75%. The idea is to make banks averse to hoarding cash and force them to lend it to entrepreneurs.

The idea that the Quantity Theory of Money just has to work is starting to be questioned it seems, but only after a few drinks. The Fed is in the opposite position and is hinting it may have to raise rates. This only seems to confuse people even more. How can the Fed be moving opposite of Europe?

Hello! Anyone hear of capital flows? The Quantity Theory of Money is a coincidental observation that has always been wrong. It assumes the same fatal assumption that dooms the supply and demand theory. It was Jean Baptiste Say who was famous for ‘Say’s Law’ which states that supply creates its own demand. This was a concept which was heavily criticized by Keynes. Effectively, merely increasing the supply will not translate into an increase in demand. There must be a market for it. If something is in short supply, demand can actually decline. If there is not enough supply then demand will not appear. 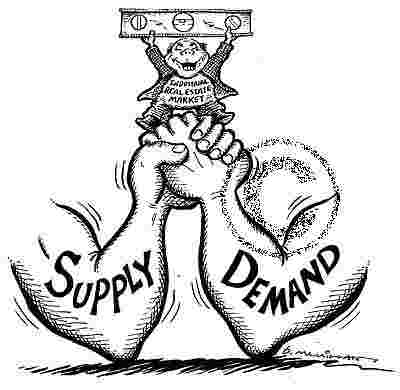 What Keynes missed and is currently overlooked, is the demand side. It is ASSUMED that there is a DIRECT relationship between supply and demand. Yet there is not. There is a third intermediary involved and this is called CONFIDENCE. Even if rates go negative, you cannot force DEMAND to rise without CONFIDENCE. This is why the stock market has NEVER peaked twice in history with the same empirical level of interest rates.

Contagions have been impacting the world economy since the beginning. You cannot manage a domestic economy by such simplistic ideas of increasing or decreasing the quantity of money. Heresy you say?

The major Economic Florentine Crisis of 1343 that lead the people to burn down the palaces of the bankers was set in motion by external forces in France. The French tried to inflation by raising the price of silver relative to gold. The USA made the same stupid mistake during the 19th century and had to get a bailout from J.P.Morgan in 1896 to avoid state bankruptcy. The French had pulled the same stupid move during the 14th century.

The price of silver was driven crazy by debasements in France of their coinage. The French Contagion set in motion was widespread. The silver to gold ratio disrupted everyone in Europe. The ratio stood at 13.62:1 in Florence compared to 12:1 in France during 1316. By driving the price of silver higher, relative to gold forcing the ratio in France down to 5:1 in 1343, this chaos set off riots in Florence as a contagion.

Florence had a two tier monetary system which meant that wages and local commerce was conducted in silver. Gold was used only for international trade. Driving the price of silver higher raised the cost of production which simultaneously reducing the value of trade and even outstanding loans made to individuals and kings alike. This set off a massive wave of deflation which caused a drop in production and rising unemployment. Hence, the first riot came in 1343 whereby the French Debasement had contributed to the impatience of the population.

The French Debasement set off a Contagion which ignited civil unrest in Florence as wages and the daily cost of living were expressed and tied officially to the price of silver no less domestic loans. Since silver rose dramatically in value against gold, revenue on loans and international trade which had been denominated in gold florins depreciated to about one-third of their former value expressed in silver. The cost of production rose by almost 300% as well and that led to sharply rising unemployment. The French debasement was tearing the Florentine economy apart at the seams. Why? Because the supply of money is never exclusively domestic. This is one of the greatest misconceptions and as such the Quantity Theory of Money is way too simplistic and has NEVER held up for the economy has always been global even in ancient times.

Cicero stood before the Senate of Rome in 55BC and warned even then about the flight of capital to Asia (China) for the importation of luxury goods mainly spices and silk. It was the Roman Emperor Marcus Aurelius who sent even an ambassador to China in 180AD. There has always been capital flows which is why we developed a global capital flow model.

So sorry, the Quantity Theory of Money is way too simplistic to actually work. It restricts one’s perspective to exclusively a domestic economy and as we have seen since QE1-3, it will not translate into inflation on a one-to-one relationship.