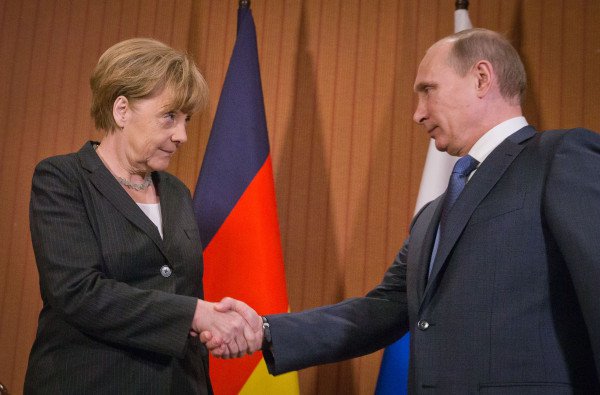 Putin plays his trump card. He tells Merkel that the EU should reject the trade agreement with the USA enter into a partnership with the newly established Eurasian Economic Union instead. A free trade zone with the neighbors would make more sense than a deal with the US Putin argues. The Obama’s confrontation with Putin using sanctions illustrates he is really outclassed by Putin on many levels. This is a bold proposal that would actually really backfire on Obama. The divide and conquer strategy is a brilliant Julius Caesar tactic. It was also how the Athenian Empire collapsed. Sparta turned Athen’s allies against her one by one thanks to Athen’s arrogance.