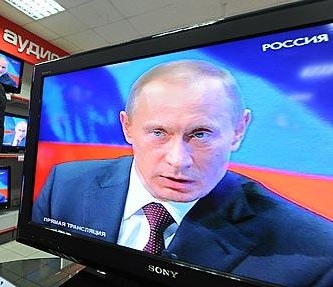 The stupid argument that Crimea has no right to split from Ukraine to justify sanctions against Russia are really brain-dead. Putin has shown the West’s bombing in Yugoslavia in 1999 to demonstrate that nations split and by force when it serves the purpose of the US and Europe. On this score, he is absolutely correct. Putin has waged a media war against the West on Russian TV and he has exposed the lies and hypocrisy of the Obama Administration. This is a no wining argument for the West and their policies of austerity on Ukraine are equally brain-dead as well. They are more-likely-than-not going to send Ukraine into a massive Great Depression and when the US economy turns down after 2015.75, Russia will walk in and save the day.

The IMF should be stripped of these crazy ideas and power and Ukraine should default on all prior debt just as Europe did after the War and the USA after the American Revolution. The French defaulted on all royal debt prior to its revolution as did Germany after World War I. Ukraine deserves a chance and the USA & IMF are oppressing the people and not allowing them to even raise their head to see the light.

« Even Cuba Abandons Communism – When will We?
Thailand on Brink of Civil War on the 41 Year Cycle »