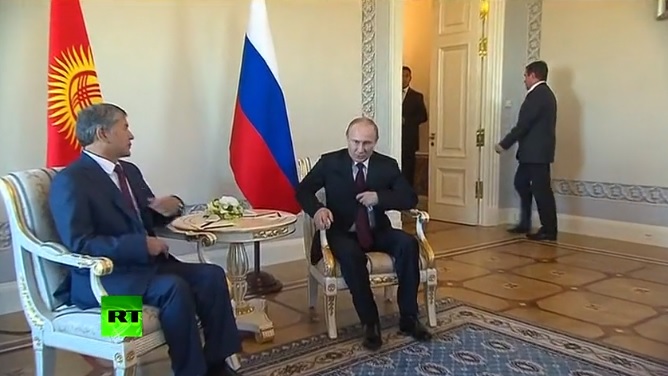 Putin has appeared in St Petersburg today commenting that “Life would be boring without rumors.” Our sources seem to have been on target that there was merely a power play going on after the assassination of Boris Nemtsov, but Putin had not actually been deposed. Our sources were pretty spot on but reflected the problem that Putin is popular in Russia making an outright sweeping coup impossible. This has been the struggle.

There was no real possibility of an over-throw that would bring someone to kiss the ass of Obama. So the discontent within the Kremlin was just a reaction and would never gather the support of the people to reverse course entirely. There is always going to be discontent in any government for there will perpetually be left and right views just as there are in Washington. The struggle within the Kremlin could not replace Putin for the people would not support such an event. Any replacement may be more aggressive just as we see in Washington people posturing against ISIS. Both camps assume being tough is what the people want.