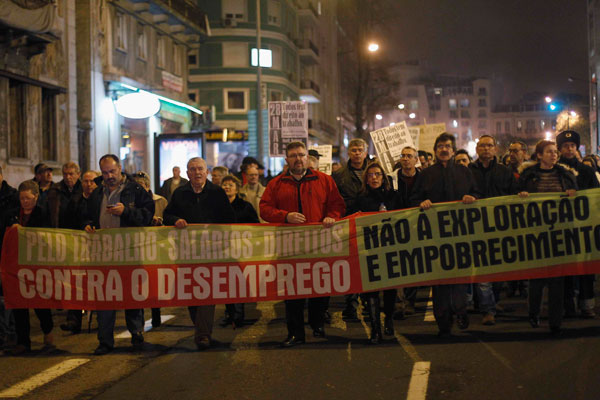 Now we are seeing demonstrations emerging in the capital and other Portuguese cities over the debt-burdened country the corruption of politicians and the austerity measures. The General Confederation of the Portuguese Workers organized the demonstrations and called for the Portuguese people to demand higher wages and improved health care, education and social security services. Of course they have not figured out that money cannot simply be stolen from others and handed to them as well.

Eventually, the Portuguese government pretends it is confident the country will be able to exit the bailout program in June this year as scheduled after an early sign of economic recovery it claims appeared during the second half of last year. However, as events bubble up in Ukraine, people will start to hoard money and save once again in the face of uncertainty and that is not likely to allow Portugal to meet its “ideal” objectives.

« Socialism at its Best – Rome Itself Bankrupt like Detroit?
The Propaganda Begins – Both Sides are Deeply Entrenched in Manipulating What Cannot be Manipulated »