Propaganda – Who do you Trust 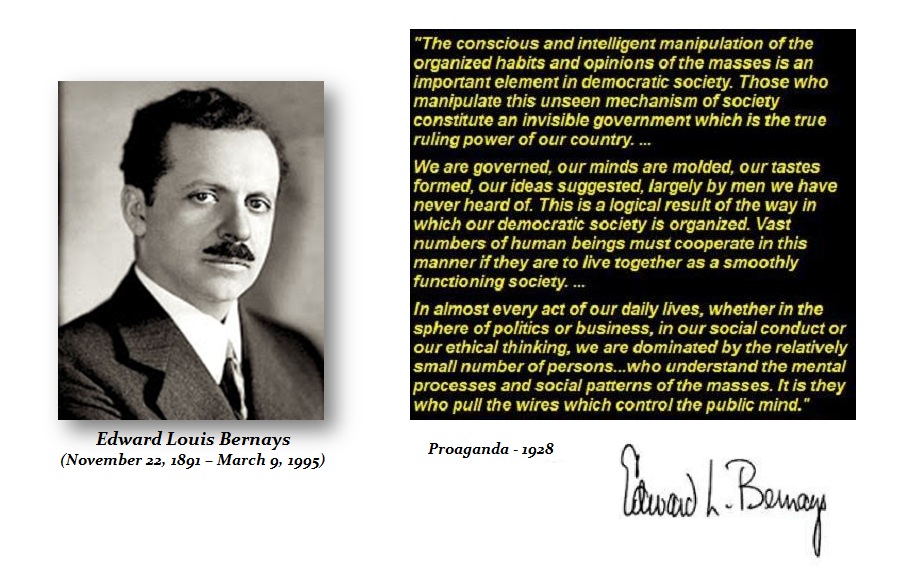 The father of propaganda is Edward Louis Bernays (November 22, 1891 – March 9, 1995). The government tries to imprison and kill anyone who leaks information about what they do from illegal war murders, illegal seizing of all our phone calls and emails, or to the latest leak about US cyber-attacks. It is not even just the USA. Britain has imprisoned more of its soldiers than are serving in Afghanistan. Government does not respect the people and never has. It is a propaganda agenda at all times. They know they are losing the grip and so Homeland Security buys tanks for domestic use against citizens who start to see the truth – this is the Truman Show – its is all just fake.

The government just pretends to prosecute the NY banks civilly, handing out small fines and they do not admit or deny anything and move to the next manipulation. Not a single banker was charged with the Mortgage Crisis even after forging mortgages and lying about everything. Nothing will ever be done to protect society and our financial system. Get real. No amount of letter writing will ever do anything. We have to crash and burn. That is the only way things historically change. 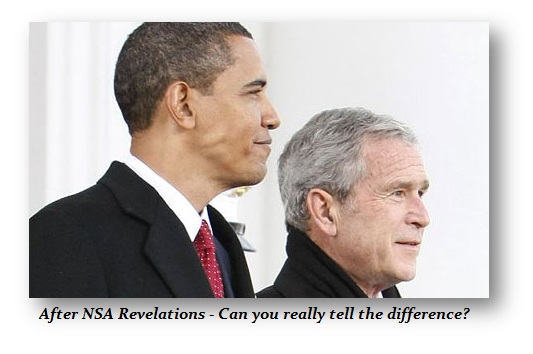 We do not have real democracies – they are republics. Vote for them, and they lie about their agendas. They make fools out of the religious right making them think they will be victorious over abortion and gay rights while there is no difference in anything that really matters. Look up Obama and what he said on the NSA and Cuba about Bush. It was a joke. He has done the same thing. It is all propaganda to tells us what we WANT to hear and what they determine we SHOULD hear. The press will NEVER report what will get them in trouble. Ain’t gona happen in the USA. That is why it took the Guardian in the UK to print Snowden’s story. Do you really think ANY US news organization would have taken that job? When Judith Miller of the New York Times was thrown in prison on contempt of court until she gave up her sources, the Free Press died that day. They control everything. That is why they hate me and the internet. My difference with the goldbugs is you do not pretend to be an adviser and NEVER say sell, but when you are wrong, out come the tin-foil hats and the claims of conspiracy. Hey. They were still wrong. So do not expect the mainstream press to ever quote anyone who is not in the fold.