Private People are Better Care-Takers than Academics or Government.

First, thank you for all the research you provide the investment community. I have been duly cautious thanks to your web site — note  I first learned of you through …  web site & and article in The New Yorker.

If there has been any lesson to date over the past six years for me, it is that markets & history are cyclical (I also follow …). Sadly, the lesson has mainly set in since April 2013.

In any case, I was browsing a Christie’s catalog & noticed a beautiful ring (item 258) acquired by you. I am a small fry investor, but was thinking of buying a piece of Greek or Roman Jewelry for my wife’s Christmas & anniversary present. (My other big lesson from you was–don’t make a stupid investment that will cause your wife to divorce you)…

So question is, as a small fry–is this an OK investment? Better to go through a dealer than an auction house? Does your selling mean we’re at the top of the jewelry market? 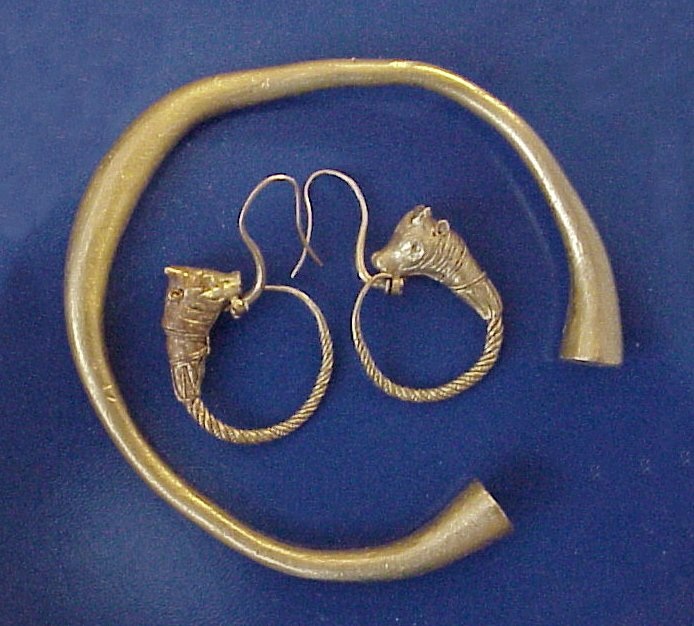 ANSWER: Antiquities are a good investment for they retain their value for the most part. Auctions tend to be the more common ground and Christie’s is a reputable firm. I am not sure what the item might be since I am not the current owner nor do I have that catalog. However, in the world of antiquities, the industry tends to require “provenance” meaning they list the history of ownership. This verifies authenticity and its source. I have been a rather famous collector and in all honesty we constructed perhaps the largest collection ever assembled spanning the world cultures. I am not the seller of that item for I do not own it so do not assume I am selling because it is the top of the market. I probably owned the object at some point in the past. I would always improve on things and sell duplicates.  Other objects such as jewelry were bought for study and then resold. 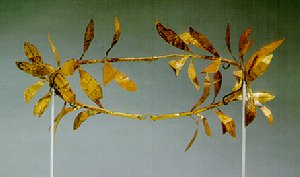 I also funded important archeological digs that would have furthered knowledge. You will no doubt find my name associated with many ancient objects like this Greek gold wreath, Roman helmets, bronze passports, swords, Babylonian tablets, and various sculpture. I funded projects and was asked to fund projects that governments neglected or ran out of money. One such project was the Villa of the Papyri, which was a a private house in the ancient Roman city of Herculaneum. The owner of the house was perhaps Calpurnius Piso, who established a library of a mainly philosophical character that included lost works. There still remain 2,800 square meters to yet be excavated. Since the 1990s, the Italian government claims it is just preserving the site and it has not been excavated under the policy that the Italian government is practicing conservation rather than excavation, and is more interested in protecting what has already been uncovered. The real policy – they do not want to spend the money.

Academics argue private collectors should not be allowed to collect and everything belongs to them. But they are like people on welfare. They have no money and go begging for fund from the state. The reality is they cause black markets to emerge for they seek to confiscate what is ever found, pay nothing to the finder, and keep everything hidden in drawers they will not reveal when it proves their theories wrong (i.e. Forbidden Archeology).

During the First Gulf War, the bombing uncovered an ancient city previously unknown that predated the Babylonian era. The archives of the city were on the black market. I tried to buy them for $25 million. I went to dinner with a collector of documents who assembled perhaps the best collection in the world – the Norwegian collector Martin Schøyen. We agreed that he would allow me to use the legal and economic text from the find and I would back out of the bidding. 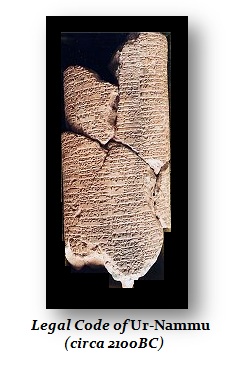 The Legal Code of Ur-Nammu (ca. 2100BC) is the oldest known, written law code that predates Hammurabi’s law code by about 300 years. The translation of this legal code was provided by Martin Schøyen, a Norwegian collector of manuscripts containing over 13,000 documents. His private efforts have contributed greatly to our knowledge base when government funding for translation is lacking. When the Legal Code of Hammurabi (1792-1750BC) was first discovered in 1901, his laws were heralded as the earliest known examples. The recent discovery and the efforts of Martin have established that Hammurabi was merely a copy of preexisting the Legal Code of Ur-Nammu (ca. 1900-1700 BC).

So you will see my name associated with various objects from jewelry, sculpture, artifacts, and documents. This is not an indication of market trends. I am not the current owner of those objects. The primary purpose of gathering all of this material was to be able to produce a consistent record of the monetary history of the world. So as far as the nonsense propagated by gold promoters about fiat and the like, they know nothing of what they say and have not done the research that we can document demonstrating what they say is propaganda. To produce this chart alone was tens of millions of dollars. It was this chart that enabled me to coin even the term a “Waterfall Event”.

Private funding is absolutely necessary to further knowledge. Where I would have donated the collection to a museum, the hostile attitude of academics has convinced me that my estate will sell it to the public for I trust private people before government or academics. So what is out there with my name is not an indication of market conditions. It is a belief that private people are better care-takers than academics and government.