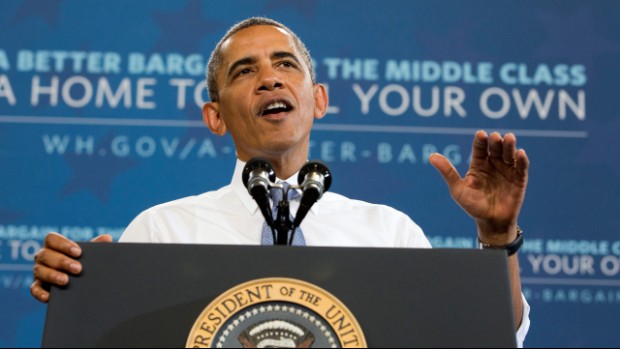 President Obama after almost 5 years FOLLOWING the taxpayers bailout of the mortgage giants Fannie Mae and Freddie Mac, said on Tuesday that it’s time to end government bailouts for the mortgage industry and for private investors to take a bigger role in the mortgage market. That is kind of like saying people should donate more to church.

Fannie and Freddie collapsed back in 2008 requiring a bailout with almost $200 billion in taxpayer funds dumped in. Obama made this announcement at an address in Phoenix on home ownership. He stated that it was time to wind down the two giant companies and make clear that the days of a guaranteed government bailouts are over. This is what I have been reporting that even the Fed has informed the bankers behind the headlines that they too will not be bailed-out on proprietary trading. Despite the rantings of those claiming hyperinflation is around the corner, the government is retrenching and it will not be a bailout as usual going forward. Welcome to the new age of Bail-In. When bankers lose money trading their accounts – depositors will now pay. Anyone else would go to jail for fraud. But what the hell. New York is the promised land – exempt from the rule of law.

Obama stated: “For too long, these companies were allowed to make big profits buying mortgages, knowing that if their bets went bad, taxpayers would be left holding the bag.” He went on to say: “It was heads we win, tails you lose. And it was wrong.” But the bail-in is Government gets to keep their campaign donations and instead of ALL taxpayers paying for the bankers’ mistakes, now depositors will. So it is now Government wins – Banks win – Depositors lose.

This is part of an overall strategy to abandon the idea of the social state insofar as the New Deal sought to guarantee everything. No administrative agency from the SEC on down has EVER prevented a single economic decline. Homeland Security nor the NSA were able to stop the Boston Bombings with all their surveillance because they are hunting taxpayers to shake-down not terrorists. The massive government that has grown beyond belief post 1934 has consumed a tremendous amount of wealth and has failed to deliver its goal – to flat-line the economy eliminating the business cycle swings. They have paid themselves well and lined their pockets with perks forever. Even the soldier on trial for the Fort Hood shootings has earned $300,000 in military pay while pending trial because he cannot even be suspended.

Hence, government is turning away from the bailout models and is adopting the M.F. Global approach of Judge Martin Glenn – Bail-In taking it from the depositors. In reality, what this means is let’s say you rent a room in your house to a stranger. He needs money, so he just takes your credit cards and buys what he needs. You say hey! The judge says he lived under your roof so all is fair in love and war. The New Deal and Socialism are dead. Long Live the Corrupt Republic. Neither the Democrats nor the Republicans will ever correct this mess. We sadly just have to crash and burn before reform will emerge.