Polish Pension Funds Seized by Government – Who is Next? 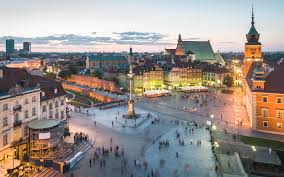 Poland seized private pension funds and have mandated those money to be invested in government bonds last February. Beware – this is coming to a theater near you. The Polish government seized $51bn of privately run pension funds and transferred them back into “state control” in a dramatic reversal of a reform that central and eastern European countries had once embraced to help develop capital markets after the fall of communism.

Warsaw shifted the assets, which are made up of Polish government bonds accounting for more than half the amount under private fund management and the benefit obligations back into the state-run pay-as-you-go component of the scheme. Polish pension funds OFEs transferred PLN 3.3 bln to social security ZUS in preretirement asset shift. Sources say they have some up $1 billion short of expectations. Guess people withdrew?

ZUS has now received its first money from OFE in pre-retirement asset shift. Based upon
preliminary calculations, the value of transferred funds last week measured PLN 3.3 bln.   More precise data will eventually come out. Nevertheless, according to the changes to the pension system introduced last year, each OFE member will have their assets transferred
from a pension fund to ZUS gradually over the 10 year pre-retirement period. Government claimed that such gradual mechanism would largely protect pension savers against
fluctuations on the capital markets. 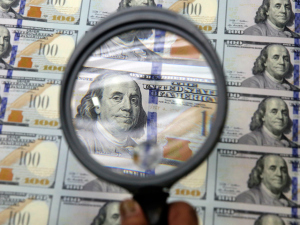 This is another strategy we have warned is on the drawing boards. One way even the USA can break its dependence on foreign capital is to stuff the private pension funds by law with government bonds. That would remove dollars from China’s hands. However, there is a huge global problem that emerges. The world NEEDS the dollar as its reserve currency. There is nothing else to replace it. Central banks have been trying to diversify buying equities for the first time in history. This is why I warn that eventually we could see the Dow go exponential reaching 40,000 as the alternative to dollar denominated debt, but the world will then be forced to create a new one world reserve currency.

Until then – beware. Poland and Argentina have gotten away with the seizure of pension funds. All nations are eyeing up this potential. Hello- DEFLATION!