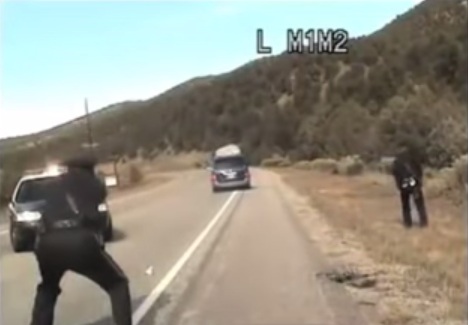 The reason police should NOT be armed is very clear. They ALWAYS shoot to kill and their victims end up dead with multiple shots. They never shoot just to disarm a person and far too often they kill people who are unarmed. The traffic stop where police start shooting at a woman and a minivan with children in it demonstrates the problem. They shoot first and do not even think what they are doing. This incident that made international news illustrates the point. When people from Ukraine visited the offices here and even saw a policeman, they immediately tensed up and sought to move away. The idea that police in Eastern Europe and Russia were there to protect you has vanished. The police in so many countries are viewed as the adversary and this is how the very same trend is unfolding in the United States.