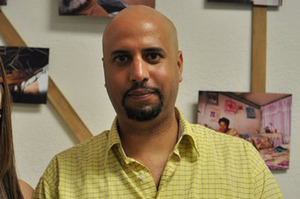 Michael Premo was found innocent by a jury in NYC of assaulting an officer during the Occupy Wall Street event. They charged him with a felony of charging the police like a linebacker, and resisting arrest. Bloomberg, ex-Solomon Brothers Mayor whose main clients are bankers, does not prosecute police who beat citizens but let a citizen defend himself and it is prison time. Bloomberg is highly pro-government and pro-bankers and was determined to stamp out the Occupy Wall Street protest. Always protecting the bankers does not support free enterprise nor does it signal people can safely invest in New York when they cannot win in rigged federal courts.

In trial government is supposed to turn over Brady Material meaning if they have evidence that contradicts the charges, they must produce it – at least once upon a time. But judges do not enforce that anymore so prosecutors and police have no incentive to comply with the law. The arresting officer testified to under oath that Premo assaulted the police.

Premo’s lawyers, Meghan Maurus and Rebecca Heinegg, asked the Prosecutors for Brady Material and all videos of the event. The Prosecutors told them that the police did not film every moment of Occupy street protests, which was clearly a lie. They found a reporter from Democracy Now who did film what was going on and it proved the police lied that Permo did not charge at the police at all.

The police typically lie in court. There were a number of cases in Federal Court where people were being prosecuted as felons in possession of a gun. I reviewed the paper work and routinely these kids were saying the guns were planted on them. The typical response was if they looked like thugs, they were probably lying. But I began to notice it was always the same cops. That was strange given the number of police in NYC. I told them to ask for fingerprint evidence on the gun if they never touched it. NYPD came into court and bluntly stated they DO NOT FINGERPRINT guns as a matter of policy. So what you see on TV shows like CSI is bullshit. The police just say you did this and the court believes them – there is no need for real proof! If they do not fingerprint as a matter of policy, then they can plant evidence on anyone at anytime.

There was a retarded looking black kid they charged as a felon in possession of a gun. The same police had to admit they searched the kid three times for a gun until they found it because there were too many people watching them. They had to take the kid to their van and suddenly discovered the gun in his pocket on the third search. I told the kid to go to trial. He did, the jury found the kid innocent again because of independent third parties.

This is VERY common in NYC. If you can actually get to a trial, since most cannot, the results of how they put on their show is very alarming.This is why we need judges NOT FOR LIFE, and nobody who has EVER worked for government. Until that takes place, convictions will not return back to where they were in the 1970’s – 72% not 99%.