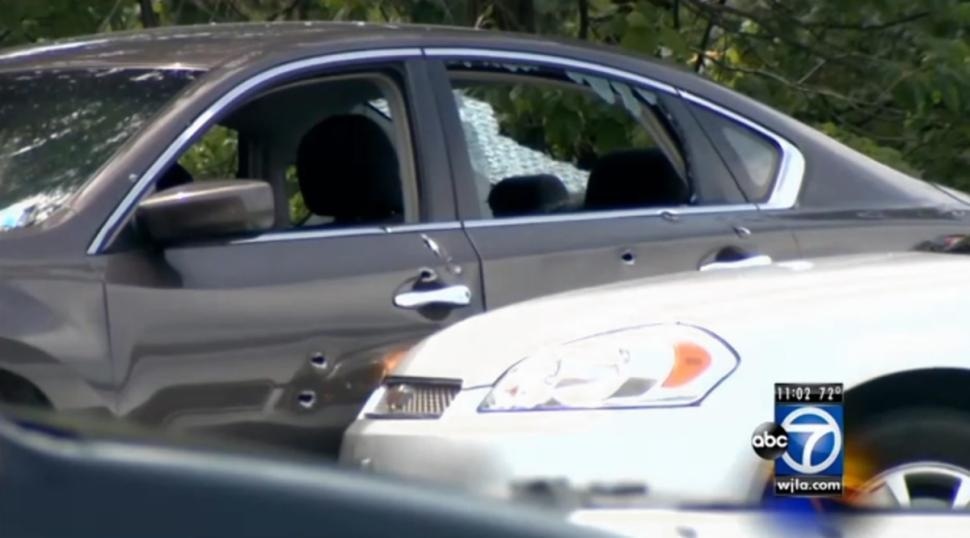 Another example of why the police should not be armed and there should be trained teams that need to be called in is the sad case of the killing of a 3-year old taken by her father in a police shootout. A domestic violence dispute erupted in Maryland where grandparents were withholding their grandchild from seeing her father. Police say the incident began in Prince George’s County home. When officers arrived, they found two adults had been shot. Police say the suspect then took his 3-year-old daughter and fled. The police officers began chasing the suspect who then exchanged gunfire with police. The suspect was killed in the shootout but the police found the 3-year-old girl in the car with a gunshot wound as well. She later died at the hospital. The two adults who were shot earlier at the home are the girl’s grandfather and great-grandmother.

The care showed that the police just fired randomly into the car. They were not sharp-shooters. They all seem to just unleash a hail of bullets and hope to just kill the target. There seems to be no common sense in many of these incidents. It is a reflection of the force adopted by government and the respect for civilian life.