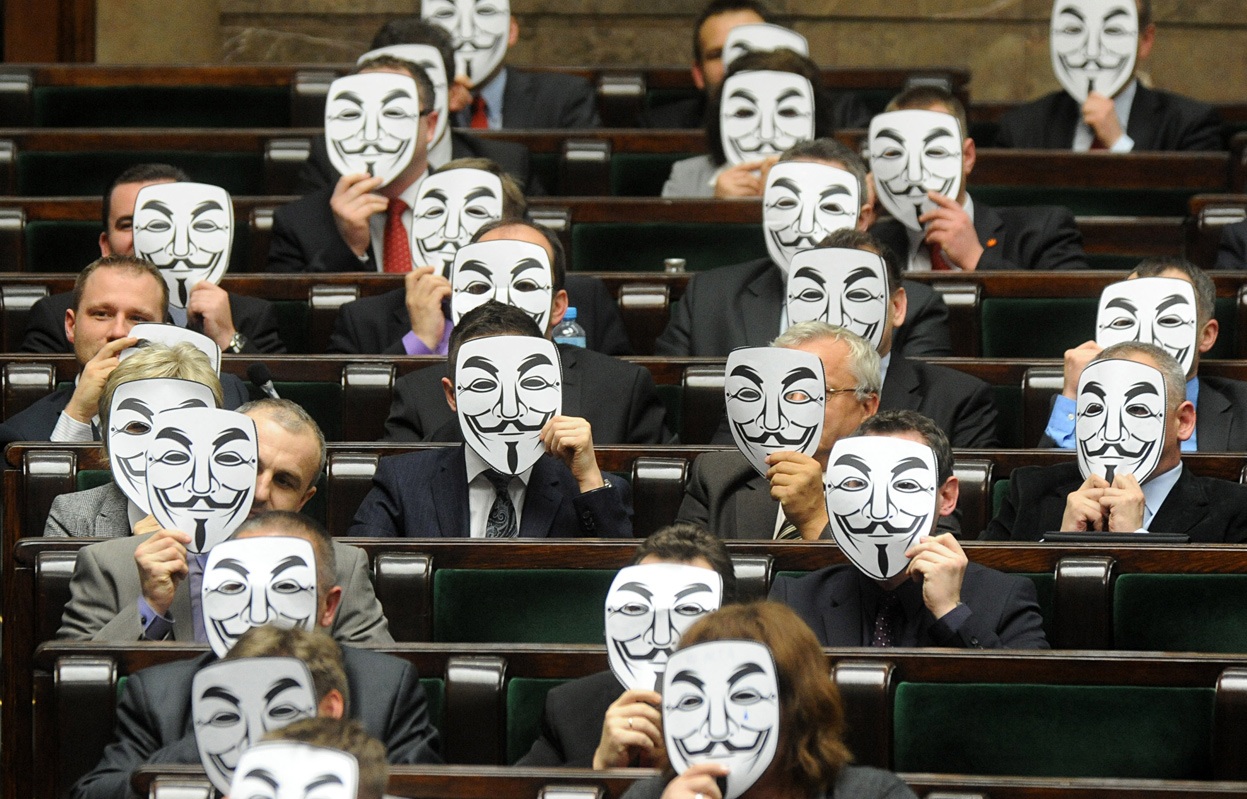 Never was the rejection of Poland against the euro so strong. The Polish people fear that above all, they would suffer from the introduction of the Euro. The general feeling now among the majority is that the Euro would be socially a disaster. The Government of Poland would need indeed to hold a referendum to introduce the euro. But given the growing skepticism against the Euro it is so hard to come by in Parliament. Members within the Polish Parliament have protested various measures holding up the now famous Anonymous Mask.