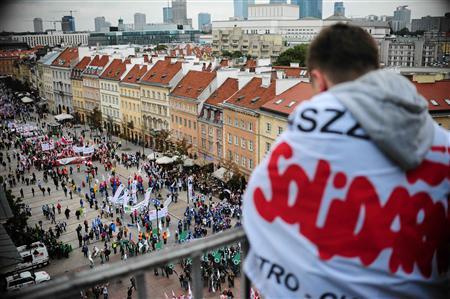 The unemployment among the youth is a major issue as to how the system is collapsing. Politicians do not grasp that taxes reduce spending that reduces economic expansion and that reduces growth and employment. They do not understand that small government is necessary – not huge government wasting people’s money and reducing the standard of living. Nor 10,000s of protesters marched through the Polish capital on Saturday in one of the largest demonstrations in years to demand more jobs and higher pay, blaming Prime Minister Donald Tusk’s government for failing to tackle unemployment. This is all part of the collapse in socialism. The older generation do not want to hear that because it is now time for them to collect. Unfortunately, the system was never designed from a practical long-term view. There was never any consideration of cyclical movements – just expectations that a straight line could be created with laws.