QUESTION: Mr. Armstrong; You mentioned that government workers and their pensions will destroy our economies. You said this is how Rome also fell. It certainly seems to be on point here in Ontario. Is there any way to stop this trend?

ANSWER: Nobody has succeeded in previously ever identifying the source of the problem no less even attempt a solution to prevent the trend. This is part of the solution we are proposing. We have to keep in mind that history dictates that the West will collapse. Raising taxes to support these expenditures reduces economic output and that results in higher unemployment as we see with shocking results in Europe. But the solutions of the IMF is just to rob the people to pay for government pensions. This is the only solution ever used until the system collapses. I would understand if it at least worked just once. But there is no such evidence ever. The 20 year work and you get a pension in military and police is the time limit set by Rome.

The last Roman Emperor was Romulus Augustus (475-476AD). He was overthrown and it was all about pensions. The enemy that killed Rome was internal for they were the non-Roman mercenary-soldiers. Countries often offer citizenship if you serve in the military. We have done the very same thing. There are even Americans serving in the Israeli military. 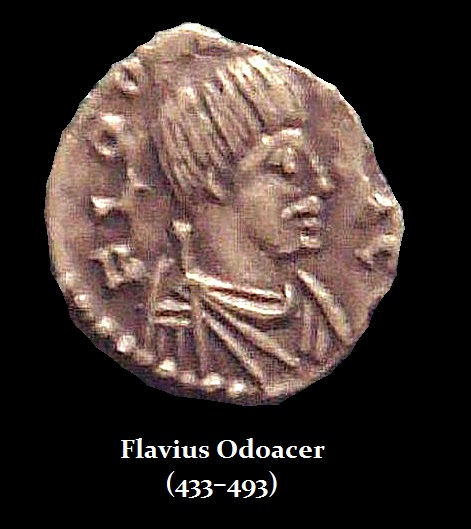 When the auxiliary general named Odoacer demanded estates as part of their pensions for serving in the Roman military, he and his followers were refused. Odoacer led his troops and swept into Italy pledging to his soldiers that, if they followed and obeyed him, they would, in the words of Gibbon, “extort the justice that had been denied to their dutiful petitions.” Consequently, the Germanic Arian Odoacer confirmed his leadership of the revolt and the mercenary-soldiers (barbarians) plundered Italian cities and garrisons and more troops flocked to his side because of the pensions.