The pension crisis is beginning to emerge as a real growing problem. The central banks have been keeping interest rates low for the primary reason of reducing the national debts. In Germany, they are beginning to notice that not merely are government pensions growing faster than private as public servants help themselves to our income by threat of criminal prosecution for failure to pay whatever taxes they demand, but in Germany the pension funds in the private sector are headed into massive insolvency. Even the press is now reporting that private pensions cannot meet obligations because of the Euro Crisis where interest rates are kept artificially low to help Southern Europe meet obligations.

This is also why the Fed must end the tapering. They know if interest rates are not allowed to rise, the pension crisis will explode next. This is not about bailing out the banks or even the economy and jobs. The next great crisis is Pensions and Sovereign Debt and historically, the solution that government ALWAYS adopts is none other than forced loans.

The Italians and French were especially good at that. Here is the Venetian Debt. You see the same Phase Transition toward the end. Venice collapse in a pool of debt, unable to fend off the French for it lost its credit-standing and there were no more assets to be seized as forced loans. When the loans stopped, Venice collapsed into historic oblivion. 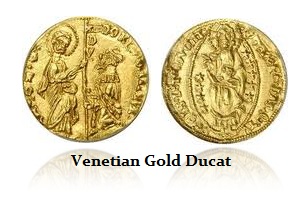 Venice was an empire that lasted for 1,000 years. Nobody has ever survived such a debt crisis that ends historically with forced loans and the the final collapse. Argentina seized all pension funds in its country. In Brazil, they had seized money in banks dividing it by 10. Government always, and without exception, seize the assets of the people to support itself. Government is incapable of looking in the mirror and observing anything it does wrong. The problem is always the people and if government could control everything then they will have their version of utopia.

The US government is looking at seizing $17 trillion in pension funds and stuff the National Debt in there $15 trillion and then they no longer need China. Oh, the best laid schemes of mice and men / Often go awry. Pensions have always failed.

« The Coming Forced Loans
Boehner Sells Out The USA »