Pending Pension Crisis – They Are Only a Promise 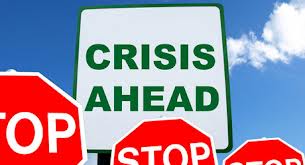 This goes into effect for most public pensions during FYE 2016 as many have a Sept-Aug fiscal year. They are just starting to evaluate the effect .

In other words, governments are going to have to report the degree of funding for pensions. This will heighten the insolvency problem and it is right on schedule for 2016.

Even in Canada, the Ontario government faces a potential bill of $400-million to bail out U.S. Steel Canada Inc. pensioners if the steel maker’s pension plans are not restructured. Then we have companies laying off people a few year before they qualify for pensions. The entire crisis is a real global mess.

« What Will Be Worse This Time Around?
Ukraine Still Mad At Politicians »