Securing Phone Calls and Emails should no longer be for the paranoid, but good old fashion conservative business & personal practices as long as people line Feinstein pretend to represent people instead of the government institution. We have no control over her. She was sent to do “God’s Work” like Goldman Sachs. 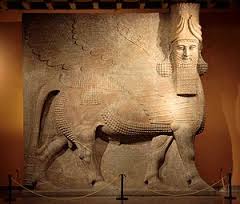 The problem is who is their “GOD”? It sure is not the one that says treat everyone as yourself and “thous shalt not covert thy neighbor’s goods” since that is all they are ever after.

You should talk to anyone who grew up in East Germany. When the government fell, their files on everyone came out. They threatened everyone just as the USA threatens newspapers and Google – do as we direct or else. People then renovated their apartments. What they discovered were hidden microphones in everyone’s apartment. The NSA along with Feinstein and her thugs, are acting EXACTLY as in George Orwell’s 1984 where there was a picture frame in every house that monitored what they were doing. God help us, a terrorist might come over for dinner.

What is going on down there is typical. They make a lot of noise, but expect it to blow over and everyone will forget in a few weeks as usual. Most do not take this serious and Feinstein defends her spying on everyone to her dying breath. She should resign !!!!! She is a disgrace to all the people who died for this country to defend the constitution she swept away. How can you ask people to lay down their lives to defend what people like her do not respect? She is a international disgrace.

This achieve is massive. They can call up anything on any individual exactly like the Stassi. There is no difference.

« Capitol Hill
The Future of the World Economy – Les misérables »