The Panic Cycles have been hitting going into the end of March/early April. This is generally showing shifts in trend near-term but more so that capital is really getting confused where to go. Panic Cycles are defined in the Array as either an outside reversal up/down or large move in one direction. We will be splitting these two models out as well as volatility rather than blending them together. This will help ascertain are we looking for just an outside reversal in near-term trend or a breakout/breakdown. 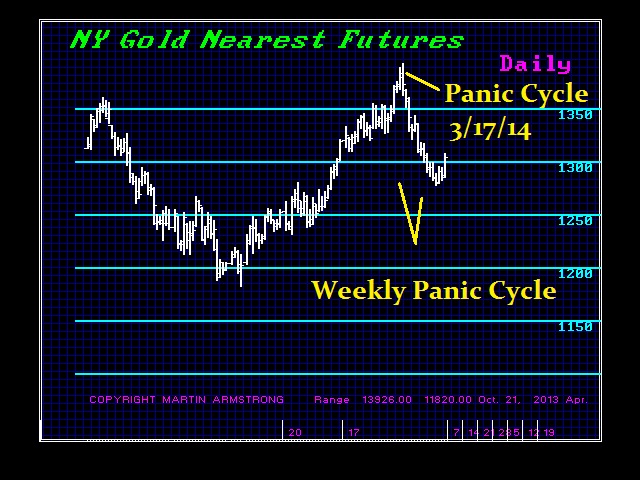 The Gold Panic Cycles hit on March 17th and the Weekly came in for that week in general. This was the traditional outside reversal to the downside. This pattern warns of weaker prices ahead. 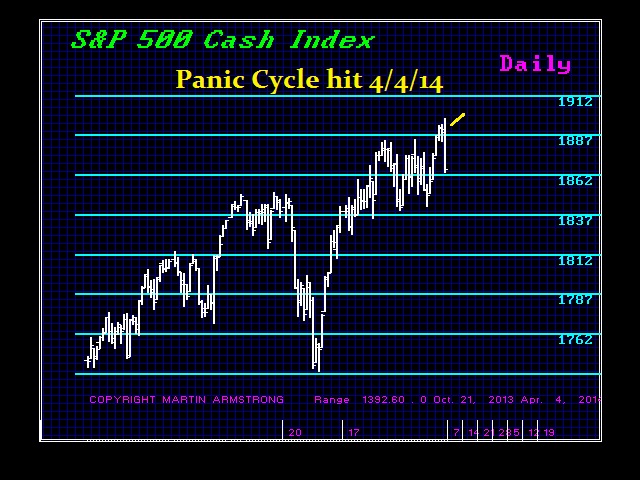