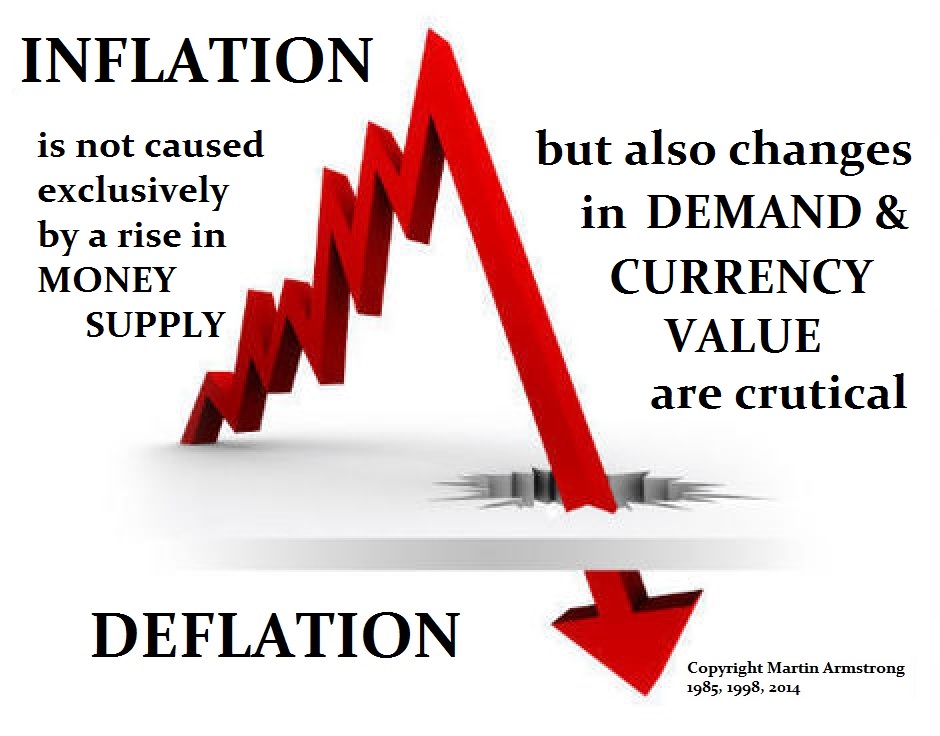 Over the past three years, I have received countless emails about how I am wrong and if it were not for me commodities would rise. These nasty comments are typical from someone who wishes to live in denial and pretend that their OPINION is correct and that the world is wrong – never them. My warning that the dollar was the biggest short in history and would rise NOT FALL left me virtually alone in the analytical world. Because of quantitative easing, the standard expectation was that as the supply of money increased, the dollar must fall and commodities must rise. This has been the mantra of virtually 100% of the hard-sell newsletters out there with the herd of countless “analysts” who simply regurgitate the standard economic thought.

There is a video out Princes of the Yen: Central Banks and the Transformation of the Economy, which is again a great propaganda piece well done. However, this is once more not analysis because it begins with the very same theory of money and sets out to prove that theory rather with selecting specific facts ignoring anything that disagrees with that idea. The film blames everything on the central bank creating money following the reform in 1986. There is no global analysis and everything is based purely on the same assumption of money supply.

The film makes the TRADITIONAL mistake and focuses the entire analysis upon the domestic actions of the Bank of Japan. Here is a chart of the capital flows of that period for the 1987 Crash. The cause had NOTHING to do with Japan increasing money supply, it had to do with international capital flows. The Plaza Accord in 1985 that began G5 insisted on the reforms in Japan to reduce the trade surplus with the USA and thus expand its domestic economy. The problem was clear. The USA raised interest rates to crazy levels 17%+ in 1981 to fight inflation that attracted capital into the dollar from around the world. But as always, it was government trying to manipulate society to achieve something they do not even understand.

The USA shot itself in the foot raising rates to crazy levels. These insane high rates drove the dollar to record highs moving into 1985 and set the stage for the creation of G5. The Plaza Accord openly came out and publicly stated that they wanted to see the dollar DOWN by 40%. They ASSUMED this would reverse the trade deficit and create jobs in the USA. They overlooked that almost 40% of the US national debt was held by Japanese.

I wrote to the White House in 1985 warning that G5 would lead to higher volatility. The White House responded that we were the only firm with such a model and effectively no one else warned about volatility. Of course when the Crash came in 1987 on the precise day of the ECM, yes our firm became famous for calling the Crash of 1987, but now our research was requested by the Presidential Commission. 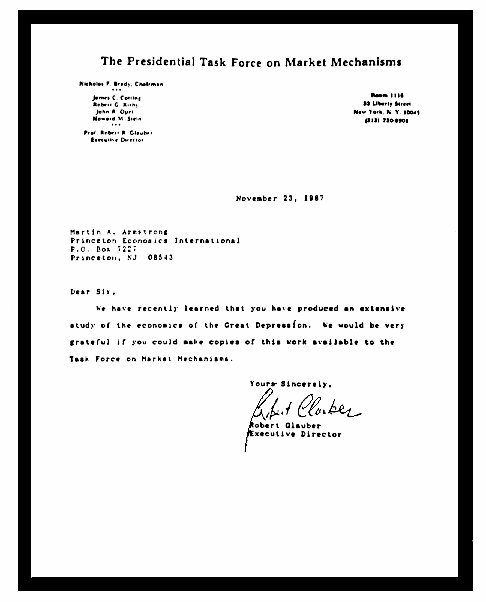 Friends in the industry lobbied me to provide the research for my first reaction was it was pointless because they would never understand with a domestic focus. Well, we provided the research and yelled and screamed it was G5 and currency manipulation. The final BRADY REPORT- (Full text of _Report of the Presidential Task Force on Market Mechanisms) at the end stated they thought it had to do with foreign exchange, yet of course there was no mention that G5 instigated the whole mess. 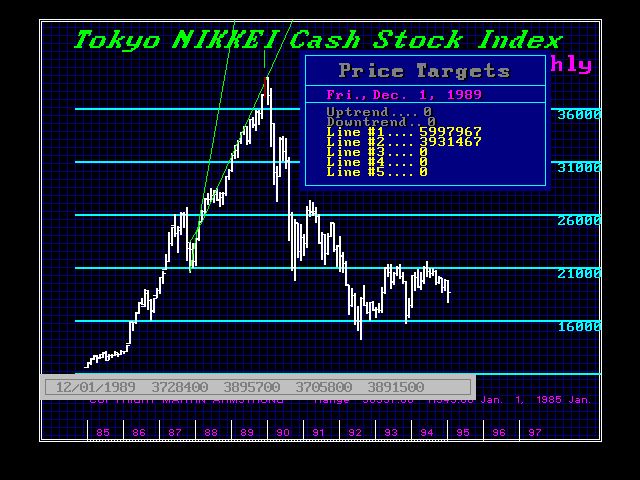 We were also famous for calling the high in Japan in December 1989. This was in line with the ECM 1989.95, capital flows, and the market peaked at 38,957 against our technical projection of 39,314 at the time. The movie the FORECASTER has a member of the press from Canada stating I called him the day of the high and said this is the peak for Japan that we will not see in our lifetime again.

All of this has NOTHING to do with my personal OPINION. When the Nikkei crashed, I had two central banks on the phone at the same time – USA and Canada. Both wanted to know what the COMPUTER had to say – should they intervene. I responded, no. This was a capital concentration in Japan – not North America or Europe. 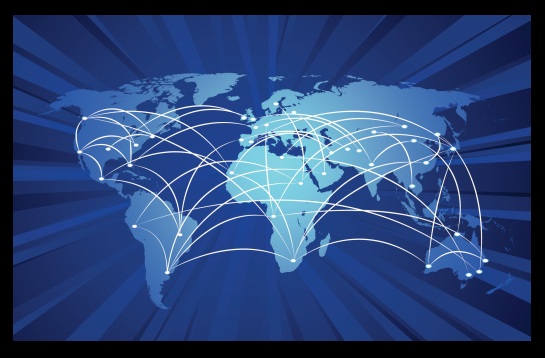 I have warned that capital flows are the key. China has come out and stated that they now use Capital Flow Analysis, which we invented. Everything is interconnected and you cannot analyze Japan in an isolated manner blaming everything on simply the change in the supply of money. That is really primitive analysis caught in a one-dimensional world concept. 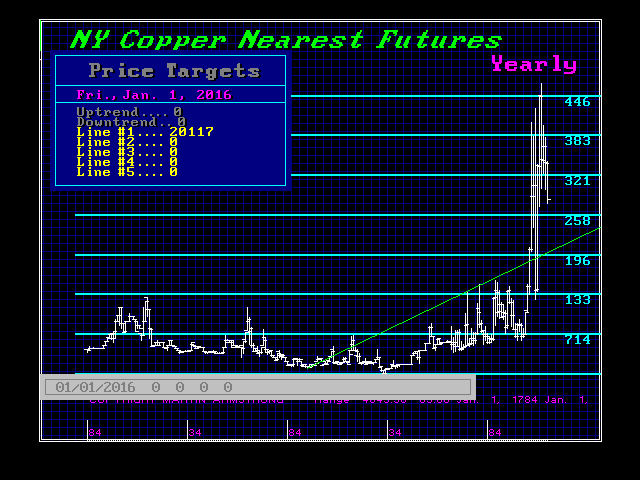 In our special report on the metals, we wrote that a year-end closing for 2014 below $2.99 would warn of a yearly sell signal. Copper closed at $2.8255, Then this week, copper for delivery in March dropped nearly 5% to a low of $2.5860 per pound in New York after falling below the psychologically important $6,000 a tonne level on the London Metal Exchange earlier in the day. Major technical support does not arrive until the $2.01 area.

The price of crude oil fell again on Tuesday, bringing year to date losses to 20%, following a near halving in the price last year. Copper is already down 8.7% in 2015 after a 14% retreat last year.

The fall in the price of the two raw materials is a central point confirming our warning that the global economy in moving into a major deflationary crash. We have warned that commodities peaked in 1919 and bottomed 13 years later in 1932 with the low in the bonds and stocks. The decline in commodities is a confirming leading indicator of a collapse in the world economic growth that is being driven by the aggressive rise in taxation and enforcement, which is destroying the world economy. Liquidity is still at 50% or 2007 levels.

OPINION means absolutely nothing. It gets you a job appearing on TV – that’s it. A simple unbiased look at the share markets of even China illustrates that the world economy has been shifting since 2007. This alone confirmed the decline in commodities, which copper and crude are raw indicators of economic growth.

As long as people keep touting money supply as the only factor, they will NEVER understand the real movement of the economy. OPINION will just not cut it. It is time to wake up and see the world in a whole new light. If we cannot move in that direction, we will remain lost in a maze unable to advance because we cannot identify even the cause of our travails.