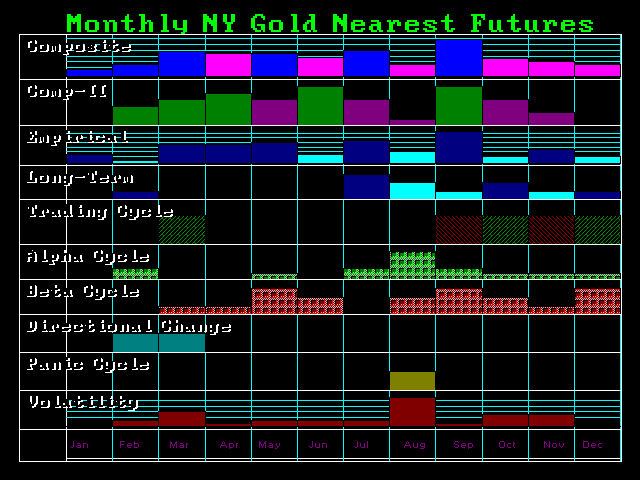 At the beginning of the year, we published in the 2012 Metals Report this Forecast Array showing August for a Panic Cycle and Sept as the big turning point for the year. We ran the model updating these Arrays (to be sent to those who purchased the Metals Report by Friday), and the timing has not changed. We are still headed into 2015.75 where government debt will be in turmoil. Today’s action by the Feb is perfectly in line with our broader warnings about 2015.75 – 2020.05.

At the end of a two-day policy meeting Wednesday, the Fed said it was extending a program called Operation Twist, under which the Fed swaps short-term bonds for longer-term ones to help keep long-term interest rates low. This is a serious brain-dead idea and it is setting everything up to make interest rates much more susceptible to higher volatility. Why? The reason you fund long-term is to reduce risk and volatility. If you have a 30 year fixed mortgage, someone else is assuming the risk short-term for a rise in interest rates. The Fed in shifting away from long-term into short-term is making it possible for government interest expenditures to rise like a rocket-ship when the debt crisis reaches here. This will create the meltdown for government will be just like the banks, lending long-term with demand deposits. The crisis hits, the depositors want their funds, but the bank lent them out for the long-term and cannot return cash now, that creates the run, and the bank fails. The Fed has just adopted the very same risk showing how desperate they are to help Obama win the election trying to stimulate the economy. Sorry – it will fail as usual. If you want to help the economy – regulate the profit market at the bank. They are NOT passing along interest savings to borrowers so the lowering of rates is just increasing profits at banks – not stimulating a damn thing!

The extension of Operation Twist will not provide ANY benefit whatsoever. Businesses and consumers who aren’t borrowing now aren’t that likely to change their minds just because rates dropped a little more. Banks will not pass on that savings anyway. So what are you really doing? The Fed can do NOTHING. But they cannot be scene to be doing nothing, so they do something even if it will accomplish nothing.

I have tried to explain that the theories everyone is using today regarding the economy are simply wrong assuming it is a fish bowl with no consideration as to external influences. The cost of producing oil has risen from $25 to nearly $75. The cost of government continues to rise. Local governments are raising taxes. This is producing NOT an economic recovery, but STAGFLATION, where there is inflation we see in prices, but the driving force is not DEMAND, but rising costs. Banks contribute to STAGFLATION refusing to pass on savings with lower cost of funds while refusing to now lend without full collateral. So they will lend only to those who do not need it and are not interested in borrowing for investment, and this keeps the deflationary trend in place. The banks then are more likely to trade with client funds so they do not have to lower their profit margin.

So welcome to the crazy world of STAGFLATION where you can’t keep down rising costs, but the rise is not fueled by private demand.

« The Problem With Ideals
Gold Update »