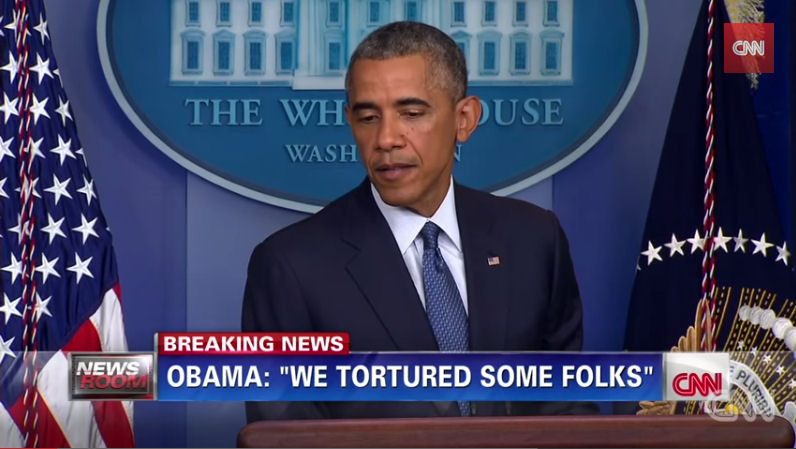 Well, President Barack Obama shocked everyone on Capitol Hill when he admitted that the CIA had indeed tortured enemies during our time in Afghanistan and Iraq. The official position is not to admit to “torture” and Obama simply forgot he was not supposed to use the T-WORD. That will allow others to now sue the US government. Oops – sorry about that. It was just a slip of the tongue.

Obama was referring to a report in which it was carefully crafted to not use the T-WORD – TORTURE. This will now shift the issue from spying on Americans to – gee, they tortured people? Come on. Torture is routine. Water-boarding is torture. You do not have to whip someone to “coerce” them into spilling the beans. Why torture does not work is rather simple. The person will say anything to stop the process. How do you distinguish between a lie and the truth under torture? 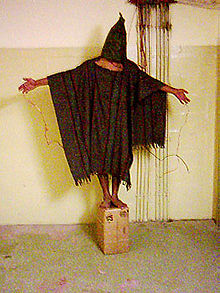 Let us not forget the Abu Ghraib torture and prisoner abuse. Why do these things to people if there is no intention to compel information from them? Let’s keep this real. Even domestically, the Justice Department mentally tortures prisoners all the time to force people to plead. About 98% of all people charged plead because of coercion. Courts dismiss claims of coercion claiming reducing one’s time is irrelevant. I would like to observe these judges in a cell and see how they respond.

I saw the government arrest people and routinely threaten that their children would be put up for adoption if they did not plead. I was thrown in cells so cold you could see your breath and then into cells so hot underwear was too much. None of these things they admit were torture, which is standard operating procedure. They throw you into solitary confinement where so many people commit suicide – but of course this form of mental torture is not torture. It is merely a secluded vacation trip with all your meals included.

It is time the USA practices what it preaches.