Only the Rich Can Afford to Keep Their Homes 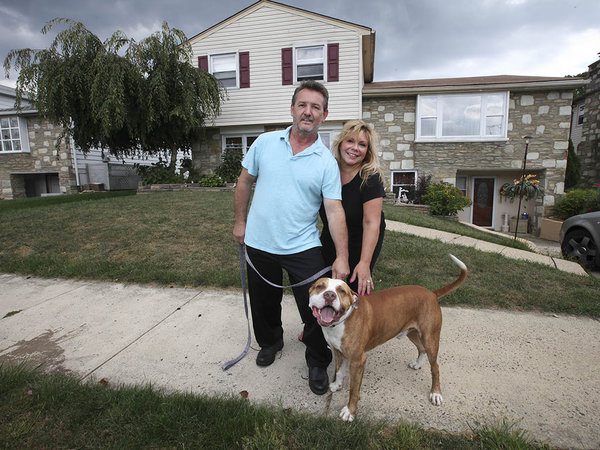 Philadelphia prosecutors agreed Thursday to halt efforts to seize the homes of two of the lead plaintiffs in a widely publicized federal suit challenging the city’s use of civil forfeiture laws in drug cases.

Philadelphia drops a Civil Asset Forfeiture case to prevent any court from ruling just seizing people’s property is unconstitutional. Phily.COM has reported the case of Christos Sourovelis and Doila Welch,who were both caught up in having their homes seized to pay police pensions when the police arrested a relative they claimed was dealing drugs on their properties. Today, you basically have to shun relatives and never pick up a hick-hiker in trouble for if they have any drugs, even marijuana, there goes your assets.

The prosecutors, only after these people has money for lawyers and the press got involved, moved for dismissal in Common Pleas Court. The prosecutor agreed to drop the cases against properties as long as both owners took “reasonable measures” to ensure no further drug crimes occurred there.

Here is the entire problem. Only the rich can win for it is your burden to fork-over huge legal fees. If you do not have the money for lawyers, there goes your property. This is what is desperately wrong in America. Any law passed becomes your burden to prove it is unconstitutional. They can actually pass the ancient right of kings under the Common Law since there is precedent known as Prima Noctum – first night. The governor, mayor, county freeholder, whoever, could “legally” claim the right to spend the first night in bed with any women getting married in their district. It would then become your burden to say – NO. That is uncivilized. There is ABSOLUTELY nothing as it now stands for them to pass such a law. It is then the public’s burden to say no way and fight. This is seriously wrong within out legal system. This allows police to kill people randomly or to pull every person over on their way to work to see if they have all their identification. Whatever they do is OK because they do not FIRST have to go to some constitutional court and ask – is this law justified? Consequently, only the rich can defend the constitution. All others can pray – that’s about it.

This is the final stage of the collapse of the Roman Empire. When the state runs out of money, it historically attacks the people. In Rome, whole armies began sacking their own cities to get paid. The police are doing just that. Whatever they can confiscate goes to funding their own pensions. This is a national problem that will only get much worse going into 2020. We have NOBODY in Washington representing the people any more. It is all about them v the people. This is why we will see a rise in third-party activity for 2016.