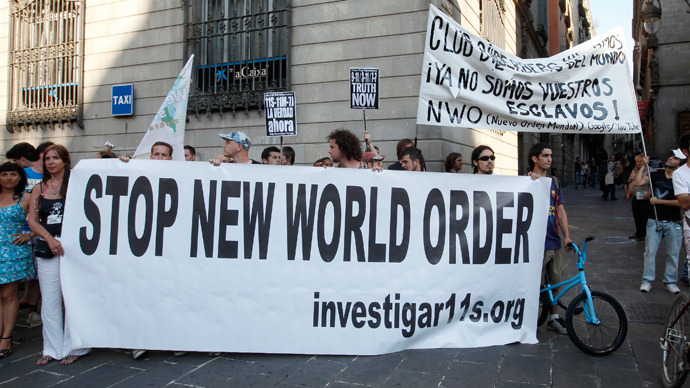 COMMENT: I just wanted to say that you are correct. These people who have misled so many with their $50,000 gold and how the entire world is run by some secret dark force are clearly paranoia freaks. They cannot even articulate beyond generalized vague ideas without any connection to reality. They are enlisting philosophical concepts and modes of reasoning that are illogical to scare people into losing their life savings.  Whether we analyze how we are living our lives, or trying to determine what we should or ought to do, we use or assume philosophical concepts. What they are doing is very dangerous even if they fail to comprehend their actions because they cannot analyze themselves.

You, on the other hand, present a thorough, clear, and coherent approach to your position because you seek truth, not fiction. You are a true philosopher who can make sense of difficult or otherwise complex concepts, problems, and reasoning.  In brief, a philosopher can cut through the messed-up conceptual stuff to get at the salient features of an argument. That is your strong point.

If these deranged visions of a one-world government were true, then how is it that war on the horizon everywhere with civil unrest? Some CIA plot I suppose. This doesn’t seem to be the Utopian world controlled by a single mind or group dominating anything. How can these people even pretend the EU was a success when the currency has less importance in trade than China and its banking system is on chronic life-support. The Europeans blamed New York for their banking problems when it was clearly the structure of the euro and the euphoric idea that Europe would beat America. The European elections show that the people are in control for they do revolt now and again.

These conspiracy people are paranoid and they do distort the entire reality causing huge losses for many. Anyone with half of brain can see it would be impossible to create a one- world government for surely it would be impossible to get everyone to ever agree. I am a European and sitting in the middle of this I cannot see these conspiracy nuts know anything of what they speak. Desire and reality are starkly different no less the difference between political aspirations and the people’s preference to leave things as they are.. Even the Bible does not predict that this one-world government would actually be achieved, only that there will be an attempt to create one. There will always be resistance.

That said, you seem to believe there will be a one world currency. Could you elaborate on that?

REPLY: I see the emergence of a one-world currency at the reserve level only. This will be electronic replacing the dollar. The reason for this is that the currency of no single nation can be the reserve currency for whatever that nation does becomes a contagion to the rest of the world. I do not see a one-world currency that people would use in commerce domestically. It would be akin to what South Africa had – a two tier system, the rand for domestic use and the financial rand for international trade.