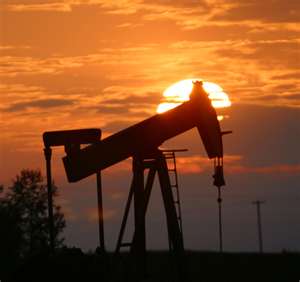 The argument that there was a conspiracy between the USA and Saudi Arabia to lower the price of oil to hurt Russia is proving to be a bunch of nonsense.The Saudi-led OPEC decision of Nov. 27, 2014 to maintain output levels and protect its market share is having a profound impact in the oil industry. Allowing prices to fall has resulted in US rigs shutting down helping to reduce supply not just hurting Russia. Saudi Arabia has given up on the idea of controlling the price for oil which cannot be achieved in the face of new supplies. The only thing they can do is to maintain output to impact the profitability of other producers forcing them to shut down. This is an old strategy and in trade it was called “dumping” – selling below cost to gain market-share.

OPEC has clearly given up on trying to control the price. That strategy is dead in the water. The future rise of oil thus lies in the hands of reducing the glut. So the bounce is still a bounce. This has not altered the long-term. Oil prices will still suffer as the economy turns down with the ECM from 2015.75. This will merely further reduce demand.