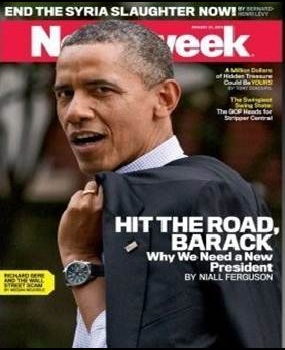 There is perhaps no President who has done more to destroy everything he has ever thought about than Barrack Obama from world peace to our constitutional rights. OMG, we cannot get rid of this idiot soon enough. Two more years may be way too long to wait. He will have us in WWIII and the Constitution shipped off to the Smithsonian displayed with original works like “Hansel and Gretel” recorded by the Brothers Grimm published back in 1812.

Believe it or not, Obama wants to fully regulate the internet – EVERYTHING right down to content!. Yes you read it correctly. He wants to create the effective Department of the Internet under the FCC. On Monday, Obama called on the Federal Communications Commission (FCC) that regulates TV and Radio, to reclassify the Internet as a public utility.

Obama is now using his EXECUTIVE POWERS to seize control of the internet. This is not a democratic action voted on by the people or even their pretend representatives. No bill was drafted and introduced in the House or Senate. This is Obama using dictatorial powers that are undemocratic by their nature. This is simply a presidential decree and the majority of people are too socialist to even understand what is taking place here. They just believe whatever government does is for our good.

There have been no gatekeepers deciding which sites you get to access. There are no toll roads on the information superhighway. This set of principles, the idea of net neutrality, has unleashed the power of the Internet and given innovators the chance to thrive. Communism collapsed BECAUSE of central planning. Abandoning these principles would threaten to end the Internet as we know it. What government program has EVER worked? Social Security is the classic example. There are fools who are so naive it is shocking cheering Obama from the sidelines. Some of these people praise this regulation and cannot see plainly the government NEVER acts for the benefit of the people – it is always only their own self-interest and they lie about EVERYTHING.

Good sources state clearly that this will be a very dangerous step toward both taxation and censorship. The FCC function is to REGULATE radio and TV. They have to apply to the FCC for licenses. Why anyone would imagine that the FCC will regulate with no attached costs is beyond belief. Obama is one nasty communist and he has supported the NSA 150%. What makes you think this is a good thing is beyond belief. Obama already passed a law that if your site violates the copyright of someone else, it can be seized by the Feds and shut-down. The FCC will be the enforcer in that role as well. But laws are enforced ONLY on a discretionary basis. Let someone violate your civil rights and it is entirely the Department of Justice that decides if they want to prosecute. They NEVER prosecute their own unless they go against government like Snowden.

The ONLY way for the FCC can ensure traffic is “neutral” is to officially monitor the flow of traffic. That means they will have to be monitoring stations everywhere. This is a back-door to the NSA for starters. ALL emails will have to flow through the government fingers. Send money to someone by Western Union online and they will hand that info to the IRS. If the receiver did not declare it, here they come. The government will have 100% access to absolutely everything from your emails and photos to your credit cards and bank accounts.

This is just the beginning. The FCC will monitor CONTENT as well to ensure neutrality. What they do on radio and TV will be applied to the internet. The Supreme Court struck down a law and created the right to privacy when Connecticut saw fit to outlaw condoms for married people. The Supreme Court realized how does one enforce such a regulation without entering the bedroom to inspect before insertion that you are complying with the law. (GRISWOLD V. CONNECTICUT, 381 US 479 (1965)). How will the FCC regulate without inspecting what you write? Under the pretense of protecting “neutrality” they will be able to shut down political speech.

The public at large are totally ignorant of how law is made. It is not crafted by Congress but judges and prosecutors after agencies write it not Congress. Agencies write their own laws. Insider trading etc. are SEC regulations. But then a clause states it is a crime to violate a SEC regulation. Therefore, this is a dictatorial power that is NOT enacted by Congress. Agencies simply write regulations that become crimes. 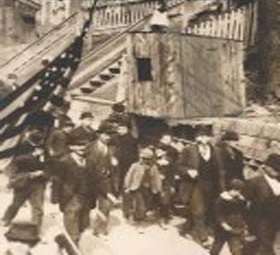 Coxley’s Army who marched on Washington to protest against unemployment that formed the event upon which the Wizard of Oz was based. Government only pretends to honor the First Amendment. They enact so many laws, they can always find something that you have violated. There is the book Three Felonies a Day, which demonstrates that EVERY person commits three crimes per day without even knowing it. In the case of Coxley, government shut down the protect by arresting Coxley for walking on the grass. They then say of course it was not for free speech.

The Occupy Wall Street movement was broken up using various laws from failure to have a permit to sleeping in a public park. The government always denies that they are responding to shut down the right to freedom of speech or assembly. Of course not. They are just protecting the grass. This is how they get in the door. Obama will use the FCC to shut down sites they do not like using some regulatory excuse as always.

However, sites outside the USA will be beyond the jurisdiction of the FCC. So how will they “monitor” such foreign sites to ensure neutrality? They will block sites from access. This is the very same policy imposed in both China and Russia. Say goodbye to the freedom of access and freedom of speech. Obama is en route to destroy the internet. Censorship is what they are worried about with the Sovereign Debt Crisis. They KNOW what is coming. This is a power-play to seize control of the internet to protect their ass – not yours! 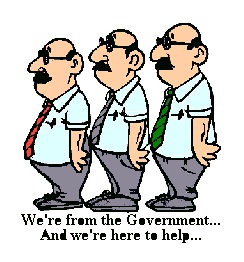 This means under FCC Title II of the Communications Act of 1934, Obama unilaterally wants to regulate what you now say. He will not allow a public vote any more than the EU will allow free elections on the Euro. Obama is acting simply as an unconstitutional dictator. Anyone publishing on the internet would need a license and if they do not approve what you write – goodbye. It may be jail time for walking on someone’s grass or other law. Perhaps throwing fish overboard – that’s good for 20 years in prison. You will be singing Christmas carols all year-long; try – Silent Night – you may change the words a bit. 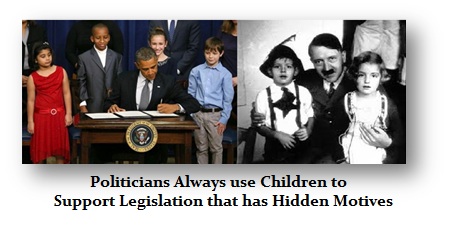 Forget free speech. Obama naturally claims he wants “to protect net neutrality.” That is the code word for regulating free speech just like we have free speech in the media. Oh lets see, I do not believe what you wrote was neutral or fair – that’s a fine and imprisonment. Every law has fine and imprisonment as a penalty. You will be sitting in a cell with a serial killer. He will ask you “what’s u in for”, and you will say publicly saying taxes are not fair. Politicians always hide their real motives. Obama was looking to disarm America to cut off the possibility of revolution so he pretends gun control is for children. Hitler used the same tactics. Politicians always disguise their real motives. It has historically always been them against us.

This is incredibly important to understand. Courts enforce the Constitution as if it were POSITIVE. It is your obligation to demonstrate you have a POSITIVE right. This is dead wrong. The burden is on government to prove they have the right to create such legislation. But what can we do when it is the President who appoints judges? Obama should NOT be allowed to regulate the internet and then it becomes our burden to prove we have a right to free speech. This is all ass-backwards. It is unconstitutional if we ever had a real court to rule dispassionately.

ACLU – come on. Argue real law for once! I will even help write the briefs. You cannot waive any constitutional right for that bestows upon the citizen the right the legislate ad-hoc. You cannot waive a NEGATIVE restraint upon government. That means you could waive your right to a fair trial or even life. Just say yes, the government and kill me any time they desire with no just reason. IMPOSSIBLE! Enough is enough. Come on ACLU – do something real for once.