Obama Has Created Twice As Much Regulation than Anyone in History 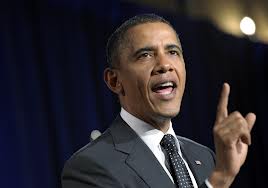 Just One More Regulation Will  Fix That!

Obama’s regulation binge has impacted every sector. This is a man that clearly believes in government regulating everything just like Russia and China use to. In the EPA, he has done everything under the assumption man has created global warming ignoring ice core samples that prove the energy output of the sun fluctuates in a system with a duration of about 300 years. The sun is a thermodynamic system that beats like your heart in case he forgot physics class.

Even his so called cyber security division is warning about more regulation coming down on computers and networks. You can bet the government wants backdoors into all networks to trace emails not for regulation purposes, but will be shared with revenue agents.

And we have not yet seen all the regulations coming for Obamacare. I took my 95 year old mother to a back specialist and thank God she had been there before Obamacare. They informed me when trying to make an appointment they were no longer accepting Medicare patients. It appears a lot of people are expecting that Obamacare will ration healthcare for the elderly. The unspoken directive – hey, they are going to die soon anyway.

The cost of all this regulation seems to be headed to exceed $2 trillion in the economy. It has passed $1.7 trillion already. This is part of the STAGFLATION we have been warning about – rising costs, but not rising growth to match.

The US is still the best economy for now. But when it turns down after 2015.75, lookout. The fall from grace will hit the PUBLIC sector dramatically. The crisis in Detroit is nothing new. They defaulted in 1933 as well. Let’s face facts. Politicians cannot manage a business – that’s why they run for office. People who can manage business, just do. Most accomplished businessmen pay more in taxes than the salary for even the President. We are getting what we pay for.