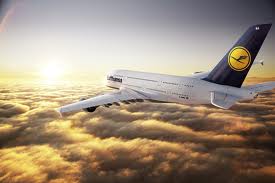 The reach of the NSA is simply unbelievable. The NSA has access to the booking system of Lufthansa. The American security authorities may intervene directly in the booking system of Lufthansa of course on the pretense of terrorists who probably announce their plans on Facebook, are using Windows 8 laptops, search via Google, and check financial investment quotes and their horoscopes via Yahoo. Apparently the NSA makes good use of this opportunity to look at domestic flights within Europe. Lufthansa has confirmed that it provides data to the U.S. authorities. So the widespread snooping has practical consequences for every European. The arbitrariness of the NSA is unsettling. A man the US wanted for drugs was on an Iberian flight from Spain to South America direct. The US sent up two fighter jets to force the commercial airline to land in Miami so they could then arrest the drug dealer. This snooping is not limited to terrorism. Its main purpose is to seek out money.