New Zealand is the Poster Child for Schwab

COMMENT: Dear Marty, New Zealand has been the poster child for the WEF; now the corruption in the government is out there for all to see. A High Court challenge was mounted by a citizens group (Nga Kaitiaki Tuku Iho Medical Action Society Inc. v. Minister of Health and others &#91;2021] NZHC 1107) challenging the pending rollout of the Pfizer jab. The court ruled today that the government was in breach of its own legislation, i.e. that it is reasonably arguable that the provisional consent for the Pfizer vaccine is unlawful.
The government has responded by announcing it will rush urgent legislation through Parliament tomorrow to amend the Medicines Act without consultation or due process. This is not a minor technical change; it will protect Pfizer at the expense of public safety.
This is the level of integrity we are dealing with.

Last week an invitation-only symposium called “Auckland’s Future, Now” was opened by Prime Minister Jacinda Ardern and run by a team of senior executives. The message loud and clear was “The economy will not open until everyone has the jab” (not 80%, 100%!)– and no jab, no job, no travel, etc. The rollout begins next month, with plans to have everyone, 12 years and older, vaccinated by year end.

Former PM Helen Clark gave an update on the WHO global response report she has been working on. Her message was we are too slow in vaccinating and getting passports deployed. The tone was harsh.

Former PM John Key ended the day with the message that anyone who does not get vaccinated is just downright selfish, and they should feel the consequences of refusing.
There is a rising tide of anger at the Ardern government’s insistence on the safety and efficacy of the Pfizer jab and unwillingness to look at the VAERS, MRHA, and EMA sites which document hundreds of thousands of severe reactions and thousands of deaths in the past few months, and New Zealand deaths go unreported. We are headed into a very unhealthy situation here; there will be stout resistance, far beyond the government’s expectation.
BW 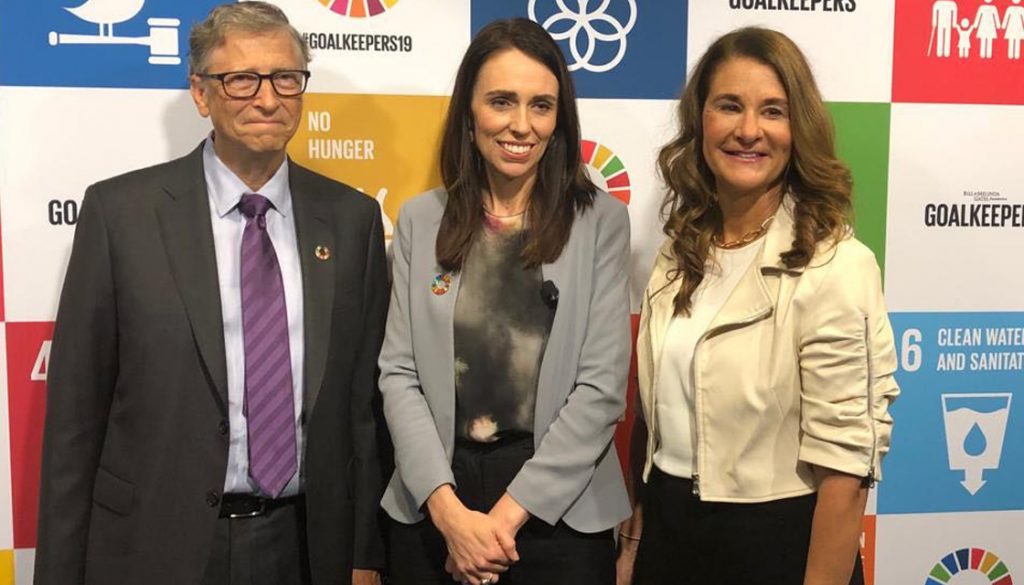 REPLY: New Zealand and Australia have been the most anti-human rights joining Canada and Britain. The more they push the people and disregard human rights all for a virus that is no more lethal than the seasonal flu has to make one wonder just how much these political leaders have been bribed. None of this makes any sense unless there is a corrupt motive behind it. Prime Minister Jacinda Ardern has been influenced by both Gates and Schwab. Many people are reporting that world leaders have been bribed and if they refuse, as three did in Africa, they all amazingly died suddenly.

« Should Zuckerberg & Facebook be Shut Down?
We Question for Their Future »