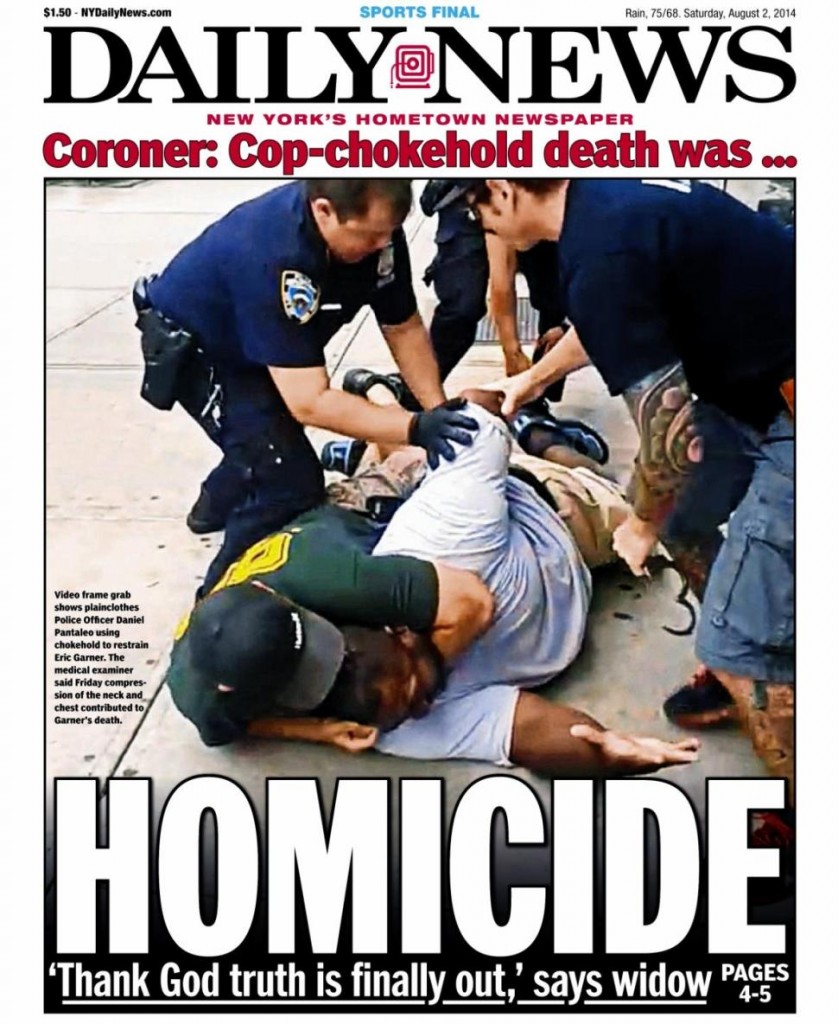 It appears that we are at the beginning of a trend similar to the race riots that started in 1964 insofar as this is against police brutality and abuse. The Reverend Al Sharpton led thousands of chanting but peaceful activists in a march across Staten Island on Saturday to protest the death of Eric Garner, who died after New York City police put him in a banned chokehold last month claiming he was selling cigarettes tax-free.

Police are just never charged. Like bankers in that respect. So why restrain yourself if there is never any penalty? The problem we have is this is a growing trend and when the economy turns down and there is an economic default bail-ins or whatever, the police will not think twice about using lethal force against the public.

The contagion has begun. We are witnessing the birth of a movement. The police pose a greater risk to the security of the people than terrorists. This will spread from city to city and will not peak until about 2018-2019