A speech delivered by Larry Summers at the IMF Research Conference on Nov. 8, 2013, has caused a real stir and is being hailed as brilliant, succinct, and a ground-breaking presentation that explained what many say is the most pressing economic matter of our time. The speech is being widely praised of course by Paul Krugman who never saw other people’s money as their property but really just a toy of the state for their manipulating pleasure.

As it is being now argued, over the past 50 years, the Federal Reserve has cut short-term interest rates during recessions to spur economic growth. However, the new problem has arisen where the government (Fed) has lost its power to control society. Summers has now argued that if another recession were to hit in the next couple of years, the Fed will have even less power to combat such a decline since rates are already at zero. This is what Summers warned of in his speech at the IMF that the “real” interest rate should be NEGATIVE.

Summers is trapped in this idea that the Fed/Government can even play a roll in this Marxist/Keynesian world manipulating society like mice in a maze. He claims the problem is that the natural interest rate — where investment and savings bring about full employment — is now NEGATIVE! He grasps the problem that the Fed cannot cut the nominal rate BELOW zero because people will choose to hoard money instead of putting it in the bank. This he calls the zero lower boundary and has reduced the power of Fed policy.

To offset this zero lower boundary, the Fed has employed unconventional programs such as quantitative easing (QE) to push long-term rates down to try to bring about greater investment. However, QE at the Fed buying billions of dollars of Treasuries failed to stimulate because of the international money supply that did not take into account that buying in 30 year bonds did not offset the deflation when the seller was foreign. Insofar as the buying the mortgage-backed securities, the Fed again is only praying the banks will lower rates and lend and has no direct control over any stimulating policy.

According to Summer, the natural interest rate remains BELOW zero even with the QE measures sterilizing any action of the Fed. Reducing short-term interest rates is the Fed’s greatest power according to Summers under Monetarism to bring about full employment during recessions. However, the Fed has been hamstrung by this zero-lower boundary resulting in a weaker recovery thus far. Consequently, Summer sees the larger problem is that this is not a short-term issue but systemic. He argues that should another recession hit right now, the Fed will be impudent. This is what Summers warned of in his speech at the IMF.

“Imagine a situation where natural and equilibrium interest rates have fallen significantly below zero,” Summers said. “Then conventional macroeconomic thinking leaves us in a very serious problem because we all seem to agree that whereas you can keep the federal funds rate at a low level forever, it’s much harder to do extraordinary measures beyond that forever, but the underlying problem may be there forever.”

Now, here is where Summers is dead wrong because quite frankly people like him are career government people and lack the experience of really seeing how the world functions from both sides. Summers, like everyone else in government, has completely ignored what Keynes also said was a vital tool to manipulate society – taxes. Interest rates are only the Monetarist side of the coin where as Keynes was concerned about the fiscal side – government spending. Keynes argued that it was DEMAND that declined during a depression and that could be overcome by government moving into a deficit. But deficits are now systemic and politicians have turned to the Fed to sterilize their fiscal mismanagement using Monetarism since the Fed is incapable of controlling fiscal spending – Keynesianism.

Summers now assumes that the problem is systemic, but not that the deficits are chronic, just that the Fed now needs to go NEGATIVE to stop people from “hoarding” and that will force them to spend. But this is ignoring the rising tax burden that REDUCES disposable income assuming people are just hoarding cash. His solution is to now eliminate cash forcing everyone to use electronic money and that will stop hoarding by penalizing people for saving. 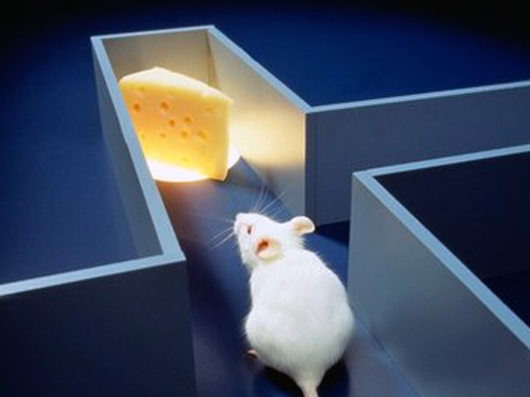 All of this is perfectly logical for the elites who see themselves as manipulating society like a mouse in a maze searching for the cheese. They ignore TAXES entirely, and do not see that their own chronic systemic deficits have eliminated Keynesianism for they never pay anything back and borrow year-after-year competing with the private sector for cash that would otherwise create employment. Now they see the solution as eliminating all cash and then penalizing savers with NEGATIVE interest rates. Ah ha! Brilliant! That will force the bastards to spend money and stop saving for a rainy day. Gee – it’s just genius. So simple any moron could have figure that one out.

Unfortunately, this will merely fail on a grand scale for then the giant 800 pound gorilla in the corner of the room will be national debts. Who will buy government bonds with a NEGATIVE return? How will the Pension funds even survive? What happened to Andrew Mellon’s famous quote – Gentlemen Prefer Bonds?

Summers’ speech is being hailed in government circles as absolutely brilliant. Why? Because it still leaves the reins of power vested in the hands of government. In no way does it suggest that government is the problem. It ignores the entire pension fund crisis and assumes that bankers will now get to charge people for using their money. Brilliant! Absolutely brilliant! The bankers make more money and do not have to lend anything – just trade with your money keeping the profits themselves as always. The government retains the reins of power and both are happy. And the people get penalized for having any savings at all. Gosh – this is so amazing, it beats at last Charles Ponzi’s scheme that was used for Social Security.

The problem is cash, according to Summers. We need a cashless society is his solution. Now government gets all its taxes and can charge you to think you even have money. The die-hard people indoctrinated by the gold promoters cannot see that we are in a MASSIVE deflationary cycle? Come on. Forget hyperinflation. These people are economic strip-miners. There will be nothing standing by the time they are finished. It is not he who has the gold makes the rules – it is he who makes the rules confiscates all the gold.

Cheer up – it can only get worse. You are living the good life right now. Enjoy it while you can! It will not last much longer. When the economy turns down after 2015.75, Summers is right on point about one thing. The Fed has NO power under Monetarism left in its bags of tricks.

Sorry Larry! Negative rates will not work either and then what do you do with the pension funds and national debts? Oh ya – that is Phase II after the Safe Act. Sorry I forget. You then just confiscate the pension funds and retire the national debt so you can invade whoever you desire. Gee. How stupid of me to forget the real agenda here. (see Deutsche-Wrtschafts-Nachrichten)