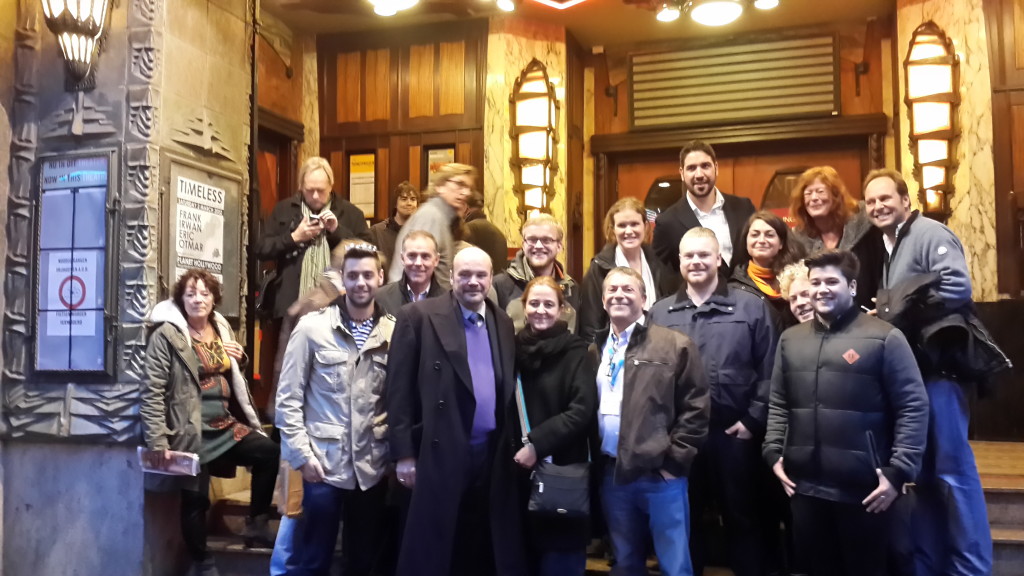 This was the second showing with a question and answer on stage. The reception of this film has been outstanding. It appears to be the highest demand for a documentary film ever. There was a strange incident with someone who tried to start a panic to prevent the film from being shown yelling to get out of the theater. Why someone would do that was rather shocking for it would certainly only be someone who supported the bankers and government. Nevertheless, the show went on despite the efforts to hide the truth as always from the public.

The demand has been off the charts. They are now talking about a worldwide screening by video stream since the demand has been so huge. We will let everyone know if that is going to take place. The number of distributors from around the world that want to show this film has never before been seen.

We will let everyone know if the film producers will do that..

« Crimea Economy is Collapsing: Russia Forced to Nationalize Companies
Ferguson – What Did You Expect? A Real Jury Decision? The System is Not Designed That Way »