Mount Kelud Erupts on the Island of Java 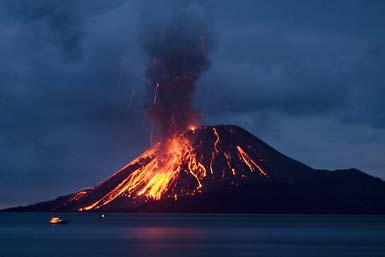 On May 19, 1919, an eruption at Mount Kelud killed an estimated 5,000 people. More recent eruptions in 1951, 1966, and 1990 as well a 2007 demonstrate the activity in the Ring of Fire. This is coming on time as well for the major cycle is 34 years and the short-term cycle is 17.2 years. Reuters has reported that more than 76,000 people have been forced to flee their homes and flights were grounded across most of Indonesia’s densely populated island of Java since volcanic ash destroys jet engines. Today, another volcanic eruption sent a huge plume of ash and sand 17 km (10 miles) into the air.

« Understanding the Unit of Account – Even Bitcoin is Expressed in Dollars As Is Gold
Global Market Watch Feb 14th, 2014 »