In the wake of Wednesday’s surprisingly questioning of Fed Chairman Ben Bernanke, he has unleashed a massive selloff in the US dollar by giving the reverse impression that the Fed may exit from monetary accommodation and easing. Bernanke stated that the Federal Reserve was failing on both of its core mandates, and that inflation was too low and unemployment too high. This is of course a reverse of indications previously.He stated that “if financial conditions were to tighten to the extent that that they jeopardized the achievement of our inflation and employment objectives, then we would have to push back against that.”

So exactly what is going on. Nothing. His statements are political. The concern has been the rise in assets, namely the stock market, combined with the decline in exports in China. The conflicting data is showing unemployment remains high, yet we actually see some manufacturing jobs returning to the USA. The source of the rising unemployment is coming from public sector jobs, not private for the most part. Some times we have to pick up the rug and take a closer look.

The Fed will not get worried until the Dow really starts to breakout. Then it will become concerned about a speculative bubble. Then raising interest rates will draw in even more capital to the dollar. Even with unemployment in the USA at 15%, it is nowhere near that of Europe. 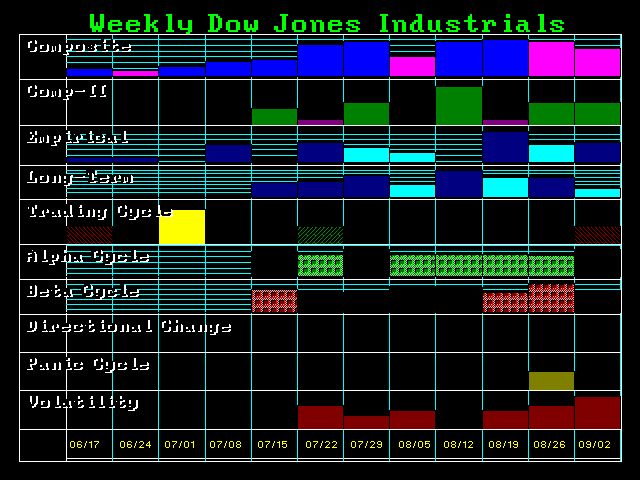 Here is the Forecast Array for the Dow Jones Industrials. We can see how this is going to start going nuts next week going into the ECM Turning point 08/07/2013. We are looking at high volatility generally in August.