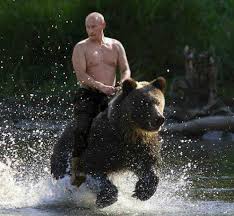 While many are comparing Putin to Hitler who used the excuse he was uniting German speaking people, we have a clash between two empire-builders –  Brussels v Moscow. My argument for dividing Ukraine was rather simple. It should have been a fundamental right for the people of any region to decide their own fate – not politicians. They see handing Eastern Ukraine to Russia as a dangerous precedent. Yet the EU has manipulated elections in Italy, Spain, and Scotland to defend their own empire-building. As Brussels has sought to add Ukraine to their empire, they have certainly inflamed Russian resentment. Once Brussels has provoked the bear, they find themselves defenseless against its claws. The EU cannot defend itself without the support of the USA for they have been lining their pockets with socialism that includes €400,000 tax fee salaries for part time jobs.