McGraw-Hill & S&P Charged At Last But By Whom? 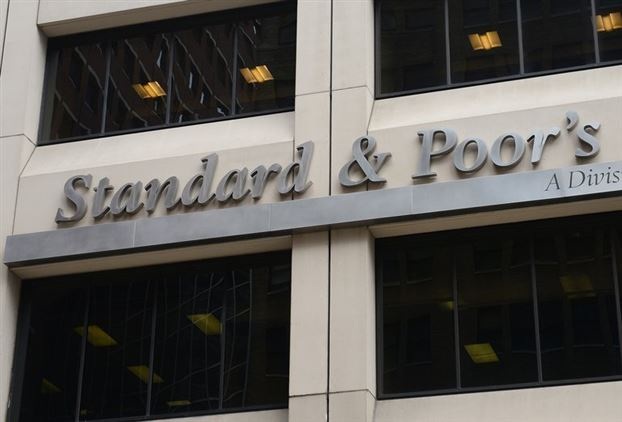 The most interesting of all events has just taken place. The U.S. Justice Department filed a civil complaint accusing McGraw-Hill and S&P of mail fraud, wire fraud and financial institutions fraud. Of course, nobody will ever go to jail since it is civil – not criminal. The real key is who did the filing – it was the Department of Justice in Los Angeles.

What you must understand is that each branch of the Department of Justice is INDEPENDENT. McGraw-Hill and S&P are both headquartered in New York City. New York branch of the Department of Justice has been dragging anyone that competes against New York into court there and destroys the firms like Drexel Burnham and REFCO to enable New York firms to take all their business. When I asked a NY lawyer how come no one from NYC is ever prosecuted in NYC, he smiled and said “You don’t shit where you eat!” How do you think MF Global got so big – they took the business created by REFCO of Chicago. Drexel Burnham was the innovator of the entire Junk Bond Market. They were destroyed by NYC costing 50,000 jobs so NYC could steal the junk bank market.

It has been a revolving door between prosecutors and NY firms. As long as they have that opportunity for a big paying job, nobody from NYC will ever be charged. It would not look good on your resume if you were the guy that cost a firm a ton of money and sent 50,000 people to the unemployment lines as they did to Drexel Burnham.

Under the Financial Institutions Reform, Recovery and Enforcement Act of 1989, the Los Angeles DOJ seeks civil penalties of as much as $1.1 million for each violation. McGraw-Hill’s shares tumbled the most in 25 years when it said it expected the lawsuit. This is the first federal case emerging against a ratings company for grades related to the credit crisis that would NEVER have happened BUT FOR the rating agencies getting involved. The S&P issued credit ratings on more than $2.8 trillion of residential mortgage-backed securities. The also issued about $1.2 trillion of ratings involving the collateralized-debt obligations from September 2004 through October 2007 based upon the complaint. The S&P was either sublimely stupid or complacent knowing they would never be charged for anything they ever did as a New York firm.

The case focuses on about 40 CDOs issued during the toxic phase of the bubble. The New York Times reports that S&P earned about $13 million on rating these deals. The New York Times explains that the government is accusing S&P of defrauding a federally insured institution and therefore injuring the taxpayer. Therefore, the case hinges on only CDOs that impacted Federally insured institutions. The suit cities the demise of Wescorp, a federally insured credit union in Los Angeles that went bankrupt after investing in mortgage securities rated by S&P.

The Los Angeles DOJ is accusing Standard and Poor’s of conflict of interest by favoring the banks while disregarding risks. Anyone who knows the history of financial markets knows that pooling mortgages was ALWAYS considered bad risk. It would be wonderful if this case went to trial and the government actually called people who sold the idea to S&P. We would see Goldman Sachs at the top of that list. The degree that NY firms never get charged with anything is destroying the US as the financial capital of the world. There is little doubt that S&P failed to be independent of the banks in this rating nonsense. But what is overlooked is the fact that BUT FOR the AAA ratings, this crap would NEVER have been sold in huge quantity. The AAA rating meant the paper could be posted in REPO and that made it salable Had the paper been rated AA, the banks would NEVER have been able to sell this stuff and Lehman as well as Bear Stearns would still be there. Besides the losses to investors who bought the paper, what about the damage to the economy, the $700 billion Tarp bailout, the loss of jobs, the destruction of Iceland and numerous other places, and the high unemployment? Trading volume is still less than 50% of what it used to be. All of this because the rating agencies were in bed with the banks.

The Times reports that the suit was filed because settlement negotiations fell apart. That means the S&P felt they could most likely use political pressure from New York against Los Angeles. Behind closed doors, there is indeed a turf war brewing. The prosecutors sought a penalty in excess of $1 billion and insisted that the company admit wrongdoing. That is a HUGELY cheap deal for all the damage they caused the entire world no less accelerating the Sovereign Debt Crisis internationally. That amount would only be equal to the profits of McGraw-Hill for an entire year. S&P is said to have offered a settlement of about $100 million. Additionally, the S&P wanted the typical SEC deal – no admitting to anything.  S&P allegedly told prosecutors it could not admit guilt without exposing itself to liability in a multitude of civil cases. Just for the record, anyone filing suit against the credit agencies had better file in LA and not New York where it will be dismissed. No judge in NYC wants to be known as the person who caused countless job losses in the city.

The key focus in this case is how the S&P misrepresentation of its own process being objective and unbiased when it is paid for by the client presenting the instrument to be rated. This is a substantial conflict of interest when its fees are all about profit. To be pitched by the bankers wanting to see this nonsense on why it is really AAA even if all the instruments inside are B, I would really like to see the explanation on a stand. My bet – that will NEVER take place.

However, if NYC does not pull a coup in Washington to slam Los Angeles for daring to prosecute one of its favorite exempt sons, then perhaps this could be the start of the fall of corruption. But I would not count on that just yet.