The Socialists argue that we actually have a free market economy called capitalism and that is the reason for the economic downturns. They assume we can create an economic flat-line they call socialism/communism. Anything that booms and busts they call capitalism. The real question is when have we EVER had free markets and Capitalism without someone trying to regulate and manipulate the opposite side – labor or capital?

During the very early emergence of society coming out of the dark ages when we were abandoning serfdom, for a brief shining moment after the Black Plague or Death of the 14th century, capitalism may have existed for less than a year. Other than that, both sides (labor & capital) have been trying to regulate and manipulate the other ever since so there really has never been a free market that socialists seem to hate so much.

Adam Smith’s Invisible Hand was against the French Physiocrats who tried to reason that “wealth” was only agriculture and the blacksmith making products to sell to the farmer was a parasite living off of the wealth created by the farmer. Smith in his Wealth of Nations said that was wrong. Everyone combined through their individual productivity creates the wealth of the nation. Smith was proven correct with Japan rising to the second largest economy with a tiny landmass and hardly any natural resources. They became productive and wiped out the unions in the USA that were trying to rig the game no different from capital. Each side gains control for brief periods like democrats and republicans, yet neither can see that they need each other to exist.

The Black Death killed about 50% of the population in Europe that sparked a labor shortage which re-instituted wages. For a brief shinning moment real free markets existed. Labor rose in value naturally based upon demand. Then the manipulations all began.

The kings during the 14th century became greedy and began taxing wages or introduced the poll tax. As long as there was serfdom, people never paid taxes, only the “rich” landowners. This economic change of free labor (capitalism) produced the first tax rebellion in France and then England. The shortage in labor sent agricultural prices soaring. The landowners said this wasn’t fair that wages were rising and England passed legislation to reverse the free markets. In 1362, a petition was filed in the English House of Commons blaming the inflation on workers “who refuse to bear the burden of poverty patiently” to justify freezing wages. 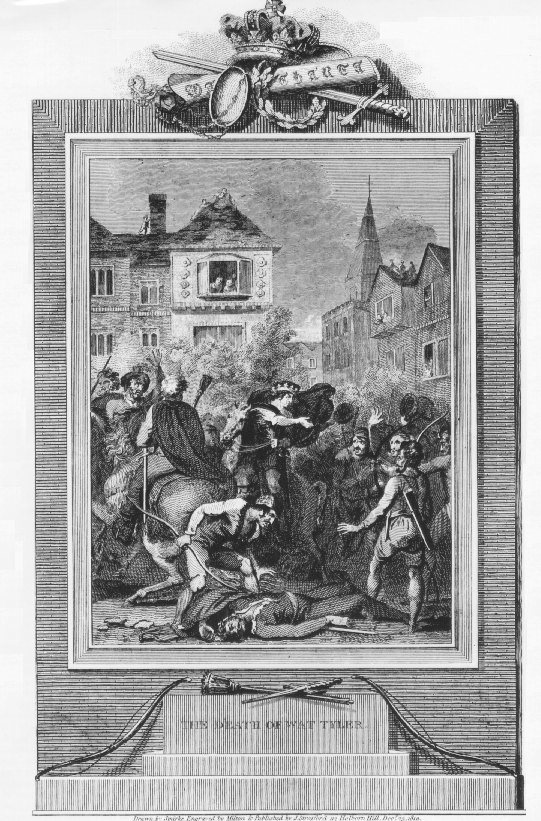 It was at this time that taxes rose causing hoarding of capital among labor and landowners reducing the VELOCITY of money. Ordinances now appeared prohibiting the exportation of precious metals as hoarding increased. Edward III issued the Statute of Labourers in 1351 that set a maximum rate of pay at pre-plague levels and required all able-bodied men to work. The Black Death created a very dynamic economic impact by increasing individual wealth, reducing the population creating a shortage of labor, and price inflation. This was the free markets at their best.

The change economically was felt throughout Europe. In Florence, there was the Revolt of the Ciompi in 1378 that was an insurrection involving the lower classes that seized the government and created the most dynamic democratic government that would ever exist in Florence. As government began taxing the people, rebellions became more commonplace.

We have NEVER actually experienced a period of pure free markets. Depending upon who was in control labor or capital, each side has sought to use the law to change the balance of power economically in their favor. Today, we have the excessive rise in taxes causing the producers to hoard their capital and not hire or expand businesses. This has led to unemployment in excess of 60% among the youth. It is not that one side is right and the other wrong. Both sides are wrong and cannot use the rule of law to try to create an economic advantage for themselves.

Therefore, it is hard to say what lies ahead but we are at a Rome Moment. Marxism will end for it includes everything that seeks to manipulate for the benefit of the so-called people that is really now government workers at the expense of the private sector. However, the living standards of the people in general have declined, not because of the “rich”, but because of the growing unproductive sector we call government.

The only possible way forward would be to eliminate taxes for thereby both sides would no longer have an economic advantage to control government. Politically, we need to end career politicians for this would put the people in a real position of overseeing the bureaucracy. Those terms should be no more than 1 year. Will this solve all the problems? NO! It will not even last forever for one side or the other will find a way to alter the power and seek to attack and exploit the other side with regulation and laws.

This is just the beginning. There is NEVER a permanent solution for there is a cycle at work as well. Capitalism (defined as real free market for both sides) has NEVER existed except for some very few brief periods until one side or the other begins to try to control the other for personal gain.