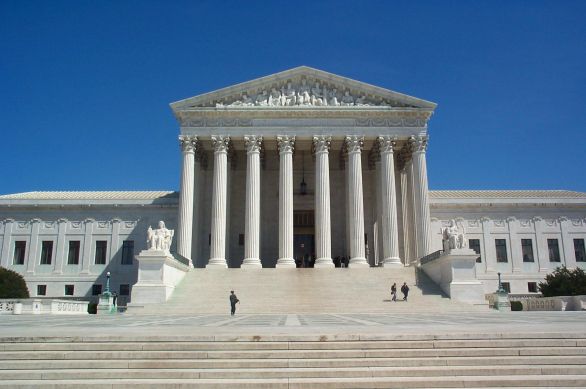 This new regulation bans activities on the court’s grounds or building such as picketing, speech-making, marching, vigils or religious services “that involve the communication or expression of views or grievances, engaged in by one or more persons, the conduct of which is reasonably likely to draw a crowd or onlookers.”

The regulation declares that “casual use by visitors or tourists” that isn’t likely to attract a crowd is not banned. That seems to address a way of dealing with the concern posed by a federal judge who threw out the law barring processions and expressive banners on the court’s grounds.

On Tuesday, U.S. District Judge Beryl Howell said that law was so broad it could criminalize preschool students parading on their first field trip to the high court. She also noted that the marshal of the Supreme Court “has the authority to prescribe necessary regulations to govern the plaza,” which is precisely what the he did on Thursday. This demonstrates above all that he who prosecutes the rules cannot be also the person makes the rules and the imposes judgment. That is the legislature, judge, prosecutor, and jury all vested in a single person. This is un-Democratic and is precisely what the people in Syria are so pissed off at. Hello Washington? Anybody awake?