Man Made Climate Change is a Fraud 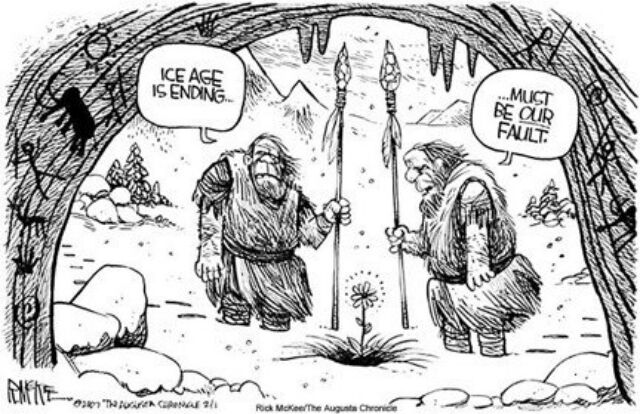 I have stated all along that this is total bogus nonsense about global warming cause by man. This theory is concocted by people who are either totally a fraud used to scare government into handing them billions of dollars to justify new taxes, or they are sublime idiots incapable of anything but stupid linear thinking. It has never dawned on anyone who is it possible that there have been historic droughts, ice ages, and periods of warming long before the invention of mass automobiles by Henry Ford?

According to Al Gore who made Global Warming a presidential issue rather than Social Security, there should have been no ice left in the world and NYC should be using scuba gear to shop on 5th Avenue. Now that would be a cool way to shop if you had topical clear water instead of green muck.

Now, John Coleman, who co-founded the Weather Channel, has lambasted these corrupt academics by insisting the theory of man-made climate change was no longer scientifically credible. These academics I suspect are really just fraud artists.

Eisenhower in his Farewell Speech warned about academics with respect to the military establishment. “The prospect of domination of the nation’s scholars by Federal employment, project allocations, and the power of money is ever present – and is gravely to be regarded.”

Coleman has publicly stated that there is ‘little evidence’ for rising global temperatures outside of normal cyclical variations that are a ‘natural phenomenon’ within a developing eco-system.

Let’s start an investigation of all the academics who have taken billions of dollars to create a bogus theory and follow the money trail. I think a lot of people belong in prison for what they have done to the entire world on this absurd issue. (PERSONAL OPINION)