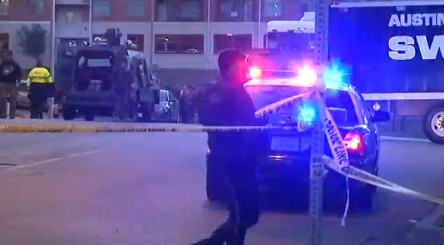 A gunman attacked the government buildings in Austin, Texas on Thanksgiving night. Downtown residents were awaken to gunfire as a lone gunman appears to have shot at the Austin police station and the Federal court-house. The gunfire woke residents surrounding downtown. The police station was closed and downtown remained closed on Friday. News reports have been minimal as expected since this was a direct assault on government.