Lack of a Rule of Law Destroys Businesses

Small business is far too often the victim of nasty state tax collectors who seem to live to destroy jobs and businesses so they climb the ladder to get gold stars. New York State attacked the Melleadys who opened a Philly Pretzel franchise. The state tax collectors are free to interpret the laws any way they see fit. This introduces a huge problem for business. Even the IRS, if you asked if something is taxable and they say no, you owe taxes and penalties if some other agent says yes years later. You can NEVER hold any government to anything – they must win at all costs. 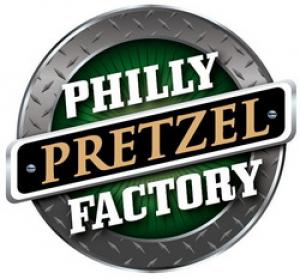 The destruction of this Philly Pretzel shop in New York illustrates why government is out of control. Pretzels, they were told, were not subject to sales tax as a food item like in a grocery store. However, the tax collectors changed their mind and said they should have been collecting taxes for any plain, regular pretzel sold without toppings and not purchased with any other items because they were now a restaurant item. The Melleadys, both age 44, say that stance contradicts what the very same tax department told them before they opened the franchise. The owner told the press after the state forced the closure of their store demanding taxes equal to 16% of all their revenue; “It drained the life out of us. Absolutely destroyed us. If anybody came to me and said they were opening a small business in New York, I’d say, ‘you’re crazy.’ ” The Melleadys put their business into bankruptcy on April 25 and moved to Pennsylvania. Among their debt, they owe $100,000 to relatives on both sides of the family.

When gold was legalized in 1975, Senator Walter Foran of the State of New Jersey came to me and asked me to write the law for the state to ensure gold was not subject to sales tax since anyone in the state who traded on the COMEX would then have to pay sales tax when they bought with no refund when they sold. I wrote the law and made the language clear: Gold was not taxable unless “converted to use.” When 1980 came, the state tax collectors walked in the same way and said I owed sales tax on all back sales of gold since 1975. I told them no way. I wrote the damn law. They stared at me in the eye and said their “interpretation” was gold was taxable for the “use” was “investment use.” I lawyered-up as they say and demanded a trial. Senator Foran demanded to testify. The judge would allow him only to testify as an “interested individual” and not as a Senator. I was DENIED the right to testify saying whatever I had in my mind when I wrote the law may have been my misinterpretation of what the Senate asked me and hence my testimony would be irrelevant. We then tried to subpoena the entire Senate. That was denied. So you cannot win. I had the “legal” right to go back to every person who ever bought gold and demand they pay the sales tax. That would have occupied probably the next 20 years and the cost would have been far more than what I would get back.

Then the IRS walked in and said I was a bank and had to report every transaction of $10,000 or more buying and selling by clients. The fine was $50,000 per transaction or up to the full amount of the transaction. I looked at them and asked – “Do you just want the keys?” They said no. They realized I did not think I was a bank. They said they would forego any fines and penalties, but wanted access to all my records. In came the agents. I walked by a desk and saw they were pulling out names of $3.000 – not $10,000. When I asked what were they doing, the agent looked at me and said: “If you don’t want any trouble, keep your mouth shut.” The next day they pulled up with trucks and took all my records. I didn’t see them again for 4 years. They audited over 3,000 of my clients. I had enough and retired.

Their “interpretation” that can be used against anyone again today at any time was that Nixon simply closed the gold window. Gold was never “officially” demonetized. In 1964 they allowed collectors to have gold certificate notes but denied them convertibility. In 1975 President Ford legalized gold ownership and in 1977 they legalized gold clauses in contracts. So they can do as they like at any time and you have not a prayer in Hell as the say. It was only the ownership that was made illegal – not any monetary status. They could make ownership illegal, make taxes payable in gold, tax gold, or order it be converted to paper. It is whatever they interpret that fits the moment. 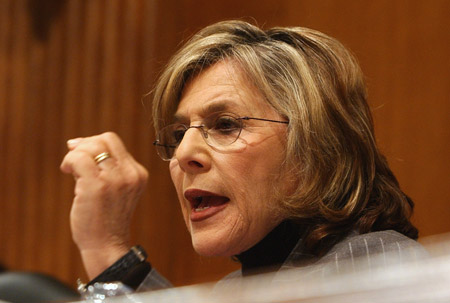 People have to get this through their head. There is ABSOLUTELY no rule of law. These tax collectors can interpret whatever they want. It is your obligation to fight in court and you will not win. So there is never a rule of law under the American system. This is why the law Barbara Boxer sneaked in the Highway Bill that “IF” the government THINKS you owe money under any theory whatsoever, they revoke your passport. They could revoke your passport if the THINK you have not turned over gold. They can and will do anything they like. When they stack the courts with former prosecutors, good luck. They rule in favor of government.

We no longer live in a free society. These people spend money as they desire and then hunt us down to pay their bills.