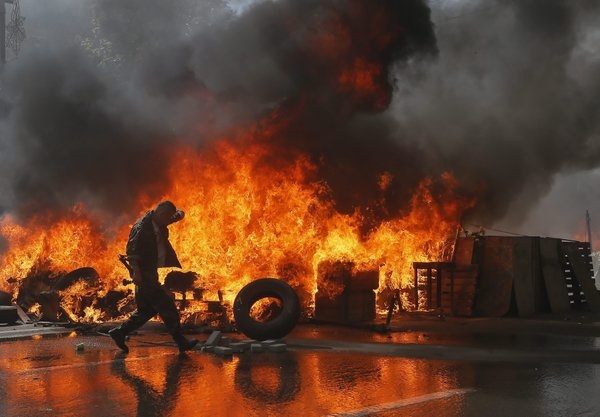 The people who fought so hard to establish freedom in Ukraine has continued to occupy Maidan in Kiev. The new “west” installed government In Kiev is turning against the people for all governments are only interested in sustaining their own self-interest – power. The original freedom protesters are being told to leave and they have insisted upon staying until the new government honors its promises. Good luck. That never happens.

Now there has been massive riots between urban workers or drones of the government and Maidan-demonstrators. The mayor sent by Klitschko workers wanted them to leave the camp but they want to demonstrate going into the next elections. Once government exists, it must be restrained for it will always attack the people to sustain its power regardless of its professed nature.

Meanwhile, it looks like the West is preparing to assist Ukraine and may start bombing in the East. The US may even assist directly in this matter.