Kerry Exposed as a Liar 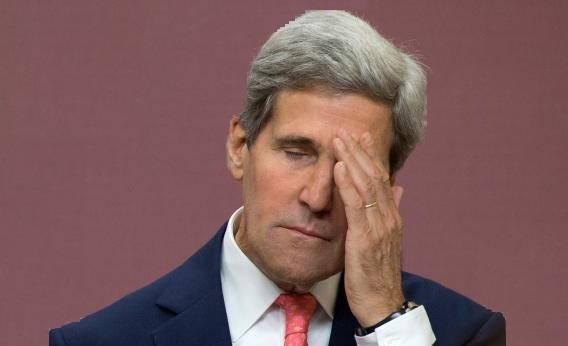 Europe is moving against the USA and closer to Russia. Kerry has outright lied to the American public to cover-up their stupid sanctions policy. Following Francois Hollande’s calls for greater autonomy for Eastern Ukraine, former French President Nicolas Sarkozy has come out in apparent support of Russia (and specifically against the US), “we are part of a common civilization with Russia,” adding, “the interests of the Americans with the Russians are not the interests of Europe and Russia.”

Even NATO appears to have given up hope of peace as Stoltenberg’s statements show little optimism and the decision by Cyprus to allow Russia to use its soil for military facilities suggests all is not at all well in the European ‘union’.

Obama’s arrogance has done far more damage to world peace than anyone in history. And this guy got the Noble Peace Prize? They gave it to him simply because he was the first Black American President – reverse racism. They should take it back since he has made a fool out of the presenters. He has destroyed everything so many leaders before him have worked to create. He had followed the very same path as Athens and set in motion the decline and of the United States.