This latest scandal that the Justice Department in fact secretly collected two months of telephone records for reporters and editors at the Associated Press, illustrates that there is just no rule of law. Attorney General Eric Holder has to recuse himself because he is part of the act. 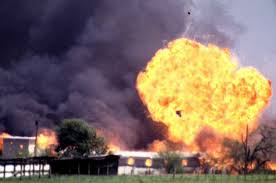 People forget, but Holder was in charge of WACO under Janet Reno. They could have simply waited and arrested the leader who went to town all the time. No, Holder wanted to arrest everyone associated with him and that resulted in the death of all those children. Now, he is demonstrating again that whatever he wants to do, they just do. The Constitution is worthless. It restrains nobody and to enforce any pretended right you have, well it will cost a fortune since lawyers suck every penny out of people who are desperate. So between the Justice Department ignoring all rights and lawyers demanding a kidney to bring a suit they know they will lose against the Feds anyway, there is nothing really left worth cherishing.

There is no “free press” anymore. In my own case, on April 24, 2000, the court illegally threw the press out. ONLY the Associated Press entered despite the sign on the door that said the courtroom was closed. When I got there, the judge ordered the Marshals to interrogate every person in the room and see if any were from the press. Upon discovering the Associated Press reporter, she was told to “get out”. She walked right past everyone right up to the bench and looked at the judge square in his eye. She said “We are the associated press. You cannot through us out.” Judge Richard Owen raised his arm and yelled – this was “my courtroom” and he could do as he pleased despite the fact the constitution said everyone was entitled to a “PUBLIC TRIAL” which was obviously not going to take place when the court was protecting the NY Bankers. God help us if anyone ever reported the truth!

The AP reported that the hearing was closed and questioned if there would ever be a “fair trial” in NYC. The transcript was altered to remove anything that took place in this regard so the “official” record was changed to cover the whole thing up. The word quickly spread among the press. But the New York Times and Bloomberg News yielded to the requests of government. Neither one would report what took place or that the government alters the court documents to cover up its illegal activity in New York City. The AP wrote on 4/27/2000 reporting what took place despite the court transcript omits the events. It was not that I was “allowed” to represent myself, Judge Owen ruled civilly I was not entitled to lawyers nor the corporations and he was freezing all funds so no lawyers could be hired.

The latest targeting of the Associated Press seems to be largely because they do not yield or shut up as most of the other mainstream press seems to do. This is why real news is taking place on the internet and newspapers are in a slow death. This does not even take into consideration the Bloomberg Scandal where they are acting like the Department of Justice invading the privacy of their readers. The “mainstream” press will never be real again until (1) there is no income tax to be able to threaten reporters, and (2) they are free from corporate and government bias.

« Shifts in Pensions
The European Shift PUBLIC to PRIVATE »