Just for the Record – Fourth Branch of Government 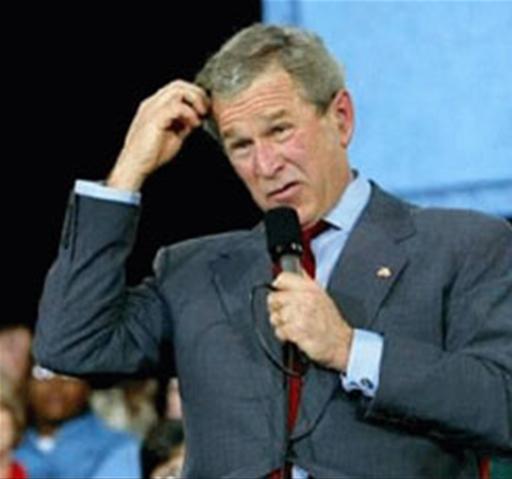 Just for the record I do not offer my OPINION on things without stating it is only my OPINION. The called me the man you knew too much. Before 1999, I was asked my people in the Republican party to meet with people who wanted to run for President under the pretense I was there to advise them about the world economy. I was then asked upon my conclusion what did I think of that person’s mental capacity to grasp the complexity of the world. This was when they use to care if someone was qualified. Then George Bush Jr was on the radar. I was asked to fly to Texas to meet with him but I was told this was “different” because he was really “stupid”. I was shocked that they used such a word. I asked: Why would you make someone president who was stupid? I was told that he had the name. I was then asked if I would work in the White House as the Economic Adviser that they were going to need key people around him. I declined. I advised way too many people around the world and the hearings would have been a nightmare of conflicts of interest plus I was not about to give up what I did for some some ego trip that typically lasted at best 4 years. 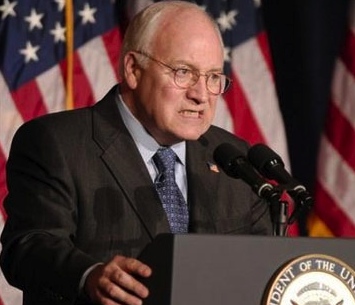 Dick Chaney entered the scene and has been characterized as the most powerful and influential Vice President in American history who really called all the shots – not Bush. Cheney is wildly regarded as the most shrewd and knowledgeable politician perhaps to dominate Capitol Hill. He ran the country – not Bush. The press knew that but never reported the truth anymore than they never reported Kennedy and Marilyn Monroe. The was so widely known off the front pages of newspapers that the Taliban knew who was really the President and on February 27, 2007 they tried to kill him on his visit to Afghanistan.

Cheney was behind the expansion of executive powers far beyond the Constitution. He supported the illegal wiretapping and then orchestrated legislation to justify it after he got caught. It was Cheney behind the torture violating international law. Those who support that should keep in mind that this then justifies the same treatment against Americans capture in war. We either agreed to be civil and not cross that line of torture and chemical weapons and we erase that line because it suits our current interests.

Cheney was a prominent member of the National Energy Policy Development Group (NEPDG) that was commonly known as the Energy task force. This was composed of energy industry representatives, including several Enron executives. Only after the Enron scandal, then the Bush administration was accused of improper political and business ties with Cheney’s old buddies. Yes, Cheney was head of Halliburton between 1995 and 2000. As soon as they were going to be investigated for corruption regarding the Iraq War that Cheney instigated, miraculously they resigned their American status as a company and moved to Dubai. These were not conspiracies to dominate the world – just plain vanilla grab as much as you can on the way out the door.

In July 2003, the Supreme Court ruled that the US Department of Commerce must disclose NEPDG documents, containing references to companies that had made agreements with the previous Iraqi government to extract Iraq’s petroleum. What did Cheney do? Beginning in 2003, Cheney’s staff opted not to file required reports with the National Archives and Records Administration office charged with assuring that the executive branch protects classified information, nor did it allow inspection of its record keeping.

Yes! Cheney actually refused to release the documents, citing his executive privilege to deny congressional information requests. Media outlets such as Time magazine and CBS News questioned whether Cheney had created a “fourth branch of government” that was not subject to any laws! That fourth branch Cheney created is now dominated by the NSA. There was a court filing made in the District Court for the District of Columbia, asking the court to declare that Cheney’s vice-presidential records are covered by the Presidential Records Act of 1978 and cannot be destroyed, taken or withheld from the public without proper review,

On October 18, 2005, The Washington Post reported that the vice president’s office was central to the investigation of the Valerie Plame CIA leak scandal. It was Cheney’s former chief of staff, Lewis “Scooter” Libby, who emerged as one of the figures under investigation. Libby was criminally indicted and resigned his positions as Cheney’s chief of staff and the assistant on national security affairs. The National Journal reported that Libby had stated before a grand jury that his superiors, including Cheney, had authorized him to disclose classified information to the press regarding intelligence on Iraq’s weapons. In the closing arguments of the prosecutor Patrick Fitzgerald, he made it clear that there was “a cloud over the vice president”, an apparent reference to Cheney’s interview with FBI agents investigating the case, which was made public in 2009.

Cheney lobbied President George W. Bush vigorously and unsuccessfully to grant Libby a full Presidential pardon up to the day of Barack Obama’s inauguration, likening Libby to a “soldier on the battlefield”. Apparently Bush came to the realization that Cheney was out of control and tried to distance himself as much as possible.

Those who need to look at bankers and whatnot, need only look to Washington and what Cheney set in motion, The Fourth Branch of Government blackmails politicians and they are once again playing the role of J. Edgar Hoover. Gee, look at the info we inadvertently uncovered on you. If we could discover this, your enemies might. The conversation then turns to oh thank you so much, and the “favor” is then expected.

The Rothschild family, Bilderberg Group, Goldman Sacks, or J.P. Morgan Chase – all are not conspiring to suppress citizens into economic slavery. As long as these stories circulate and get people so convinced about them, they are not paying attention to the real conspiracy in the Fourth Branch of Government. These are the people with tanks, troops, and guns. No banker has ever declared war on the streets against the people. The government keeps that as their prerogative.

This is why I work with those in government who understand what is really going on. They are not all on the same page. There are some who fear what is coming and it is worse than these crazy conspiracy theories that discredit the truth. Investigate the Fourth Branch of Government and they will call you a conspiracy nut-job. Post-Bush, they want now only puppets in the White House. Obama criticized the NSA under Bush – he has expanded and defended them as President. Was it his agenda or is he dancing to their music?

« The Real Conspiracy
911 Admixture & the Fourth Branch of Government »